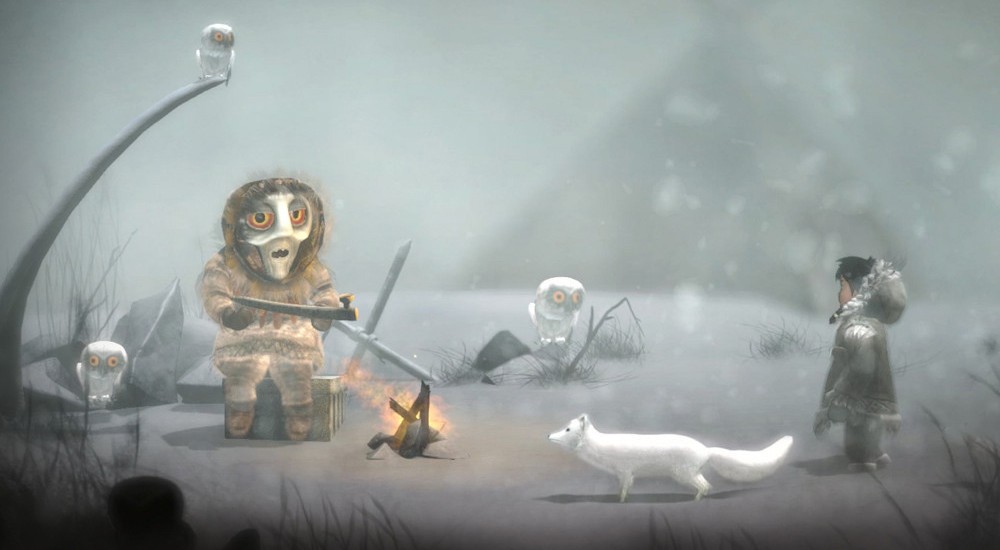 Remember this charming little game? Announced back in May, Never Alone is a puzzle platformer that digs deeply into the storytelling traditions of the Iñupiat people of Alaska. After several more months of development, the official release has finally arrived, along with a tasty video to boot!

The trailer really pushes Never Alone's atmosphere, which, along with the storytelling slant, is one of the key selling points of the game. You'll be reminded of games like Flashback or LIMBO in that the characters have somewhat realistic physical abilities, stage layouts are simple, and the dangers are largely derived from the natural world. In Never Alone, those dangers often include things like huge blocks of ice and polar bears.

Co-op in Never Alone supports two local players, each in charge of one of the main characters, Nuna and Fox. Can you guess which one is the fox? Solo mode allows you to switch back and forth between them, exploiting their unique abilities to survive the harsh, frozen world.

Never Alone is currently available for Xbox One, PlayStation 4 and PC via Steam. PS Plus members can get a small discount, and Steam is currently running a 10% off promotion through the end of the month.