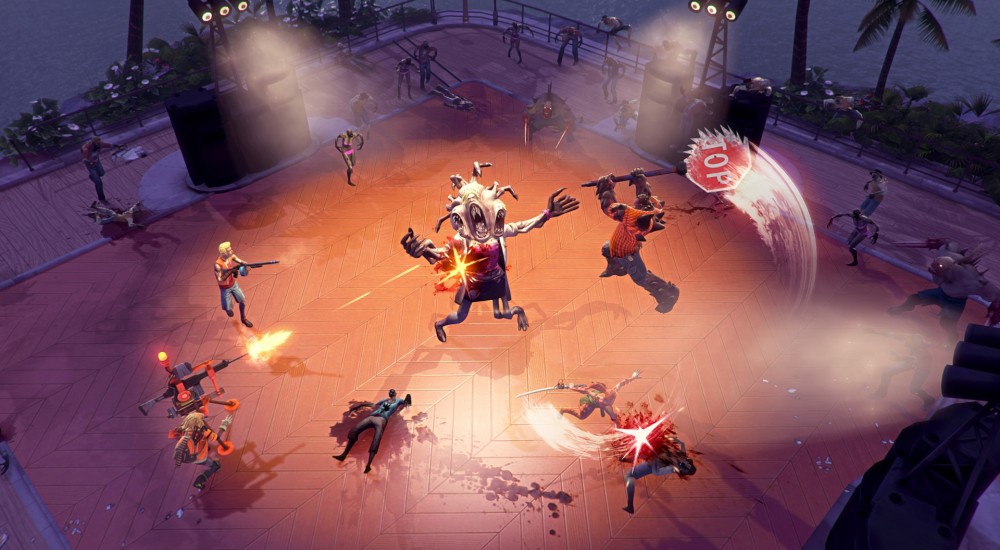 Dead Island: Epidemic is now available to play via its Open Beta testing! Various other items such as all new weapon modding and loot systems and PvE mode have also been added to the game, so there's no reason to not check out the game once.

Deep Silver has finally brought us the Open Beta for everyone to try out on Steam! Along with the arrival of the Beta, the game has received some major improvements through an update, such as an all new PvE mode: Crossroads! In Crossroads, the PvE gameplay has been enhanced in big ways, offering much more variation and increased replayability. Even if you are a beginner or a Dead Island veteran, the challenge of this mode can be experienced equally for all (PvP is also like this). The Progression System Overhaul has taken effect on the characters of the game, removing individual leveling. Instead, there is now a global character leveling system that each character follows and any unlocks apply to each new level reached. Another overhaul to the game came for the crafting system. Players will notice that weapon level and workbench levels have been scrapped altogether and now a new loot-based weapon modding system is now in place. Competing in matches will now earn players weapon mods (divided by rarity), which all offer stronger and stronger perks that can alter gameplay dramatically. Players can still earn loot dropped throughout the game, assuring us that the randomness of the rewards has been lessened and more drops are guaranteed.

Finally, Passive Skills have replaced all previous character weapon expertise altogether, instead being replaced by a unique passive ability. Each ability is unique to each character in the game, so try out different characters to see which one suits you best.

Dead Island: Epidemic is the Free-to-Play title on Steam, with the final release date still up in the air. Please read the full list of patch notes here. Don't forget to check out our own impressions of the game from a while back!