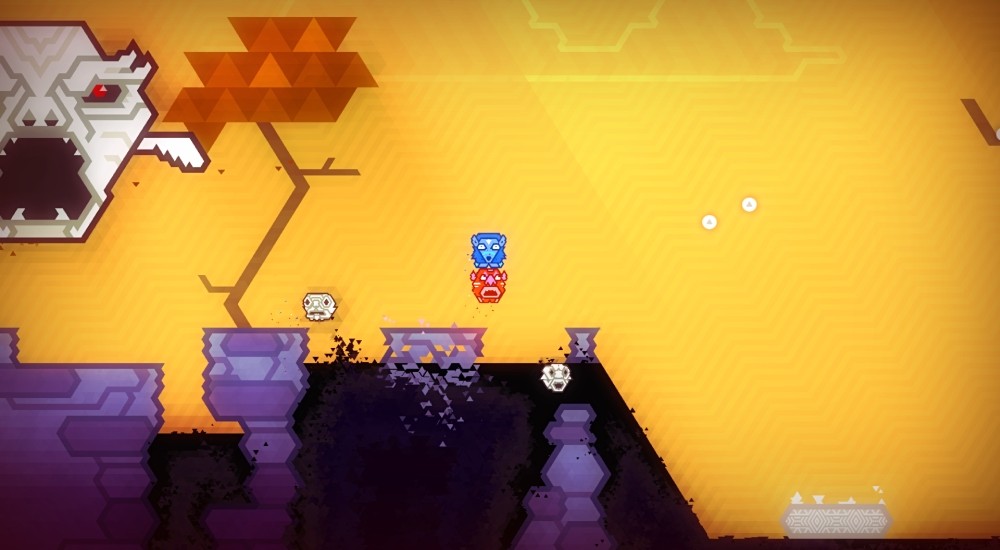 Danish developer Press Play, who you might remember from the creative casual game Max & The Magic Marker and its follow-up Max: The Curse of Brotherhood, has just pushed out a brand new game that's got a nice little local co-op mode. Kalimba, which you shouldn't confuse with the musical instrument, is a puzzle platformer that... you know what? It's got a pink bear called Hoebear. Instabuy, right?

Kalimba keeps its co-op simple. Two players join in for some split screen jump-n-solve action that centers around getting the cute little geometric totem characters from one end of each level to the other. Your usual battery of "I'll hold this switch while you go through the door it opens" puzzles are there, but since the game revolves around stackable critters that can double and quadruple jump, things quickly get more interesting. The goal is to play well with your co-op partner so you want to "slap each other on the back -- and hopefully nowhere else".

The trailer below shows off a little of the game's quirky personality, artwork and style, easily some of the biggest selling points for the game.

Kalimba is available on the Xbox Games Store for Xbox One. The PC version will hit sometime in January.