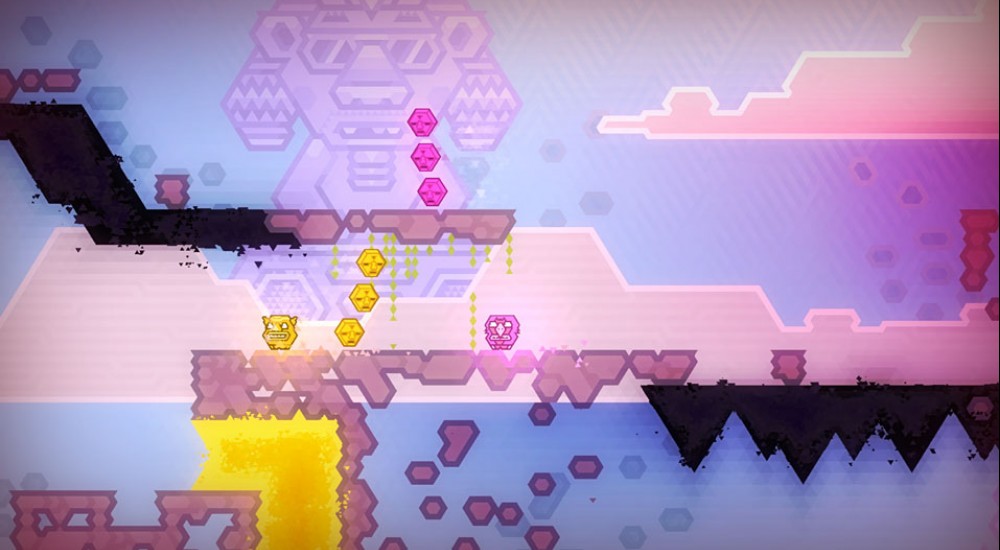 Kalimba, a two-player couch co-op puzzle platformer, has officially been announced for Xbox One and PC. Previously known as Project Totem, the finalized name has been unveiled along with some firm release dates.

Developed by Press Play, the same studio who created Max: Curse of the Brotherhood, Kalimba has players work their way through platforming puzzles. Players controls totems whose goal is to reclaim the Kalimbra island from an evil shaman. There's a solo and co-op campaign, with the co-op campaign being unlocked from the very start. The co-op campaign is described as having "everything doubled," except the double jump: that's quadrupled! Creative Director Asger Strandby explains the co-op mode as a "kind of friendship tester - if you can play the game and high-five more than you slap each other, you're probably ready to get married."

Kalimba will be hopping its way to the Xbox Games Store for Xbox One on December 17th. The PC version will follow about a month later sometime in January 2015. It will cost $9.99.