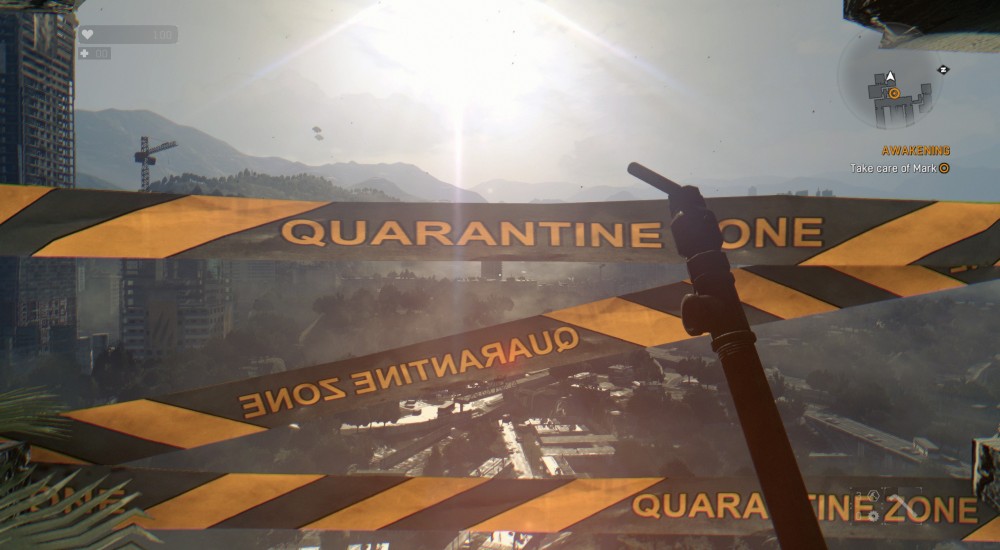 We've played some Dying Light in co-op and dug up all the juicy details you need to know about this parkour zombie survival game.

How many players can play Dying Light locally (couch co-op)?

How many players can play Dying Light via system link or LAN?

Up to four players can play Dying Light via a LAN.

How many players can play Dying Light online?

How do you begin a co-op session in Dying Light?

Co-Op begins after your first night within the game. It takes about 45 minutes to get through the tutorial, and play through the first mission. After sleeping in the first safe zone you unlock co-op. Sessions can be started via matchmaking in safe zones or by invites your friends directly through the friends list.

How does save game progress work for co-op play in Dying Light?

Can I join a game if the host is further along than me in Dying Light?

Yes, though the game warns you of it when joining. What does the Dying Light season pass get you?

There are three packs of content planned for the season pass. Cuisine & Cargo – Available first for Season Pass holders, these two hardcore missions let players put their skills to the ultimate test. Investigate buildings sealed off in the very first days of the outbreak – with the infected inside. Explore ominous corridors of once the most famous restaurant in Harran, and employ both stealth and combat to ransack a zombie-filled loading bay at an abandoned railroad yard. Ultimate Survivor Bundle – Players will receive seven unique in-game items that will bring fighting zombies to a whole new level. Grab three special outfits and four blueprints for over-the-top weapons to make your survival in the quarantine zone a good bit easier. The Bozak Horde – The final Season Pass drop will deliver a new map and gameplay, playable in either single-player or co-op. Go inside the Harran Stadium, the most famous landmark in the city, and test your combat know-how against relentless hordes of the Infected. Fight increasingly stronger and larger enemy waves as you oppose a mysterious psychopath called Bozak.

What kind of things can I expect from co-op play?

While there's no classes, there are detailed skill trees in which players can specialize and help support each other. Any story event can only be triggered when all players are present, and while there's no tethering in the world, there is some limitation to how far you can go. Players are marked on the HUD as to their location and their given status (needing revive, talking, in menu, etc).

What are the challenges in co-op?

Players can issue small challenges while playing, these include who can get the most kills, who can travel a certain path the fastest, and several other mini-games.

Can I turn off player invasions?

Yes, you can turn off the game's versus mode where other players take the role of zombies.

How is the death and respawn mechanic handled for co-op?

When a player dies they have 30 seconds to be revived by a co-op player. During this time they can force their death into a "quick death" by pressing the corresponding button. Players are respawned at the nearest safe house. The penalty for death varies based on level, but it affects your survival points.

Does Dying Light scale based on the number of players?

We've left some room for any questions you might have. Feel free to comment below and ask away!