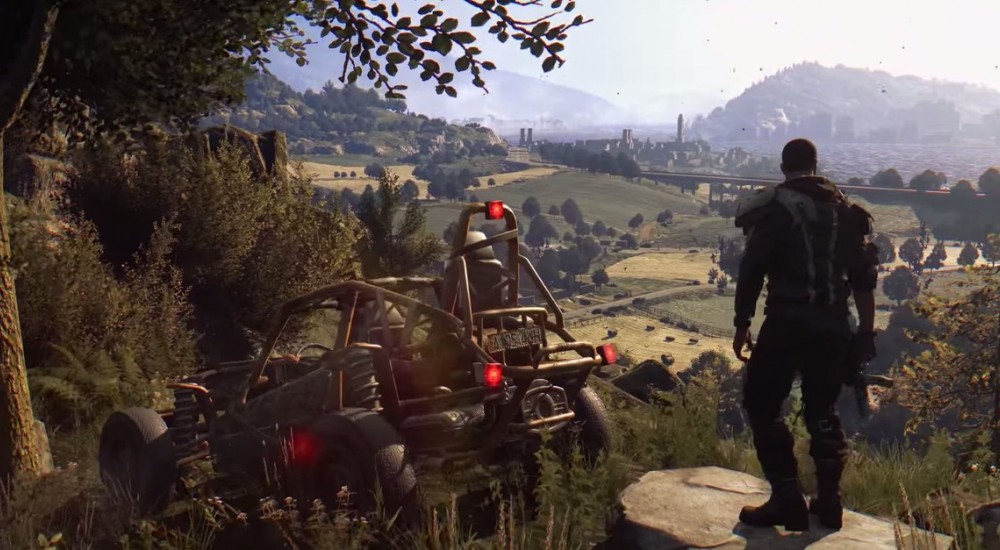 Dune buggy enthusiasts everywhere reveled in the Gamescom announcement of Dying Light's "The Following" DLC, finally giving you and your homies a method of cruising through the zombie apocalypse in style. You'd better start digging through your closet for your vintage racing goggles soon, since "The Following" is set to roll on up during the first three months of 2016. You and your co-op partners can toil away the winter months scraping gore off your roll cages.

"The Following" is a brand new story for Dying Light fans, set in a huge countryside, for which you'll need the use of your sweet, customizable ride. The DLC is coming in hot at $14.99, but is totally free of charge for season pass holders.

Check out the announcement teaser and bathe in the parkour goodness.

Being a zombie would really suck, but being a zombie stuck in a trunk of a car that is also at the bottom of a lake? Well, that would be pretty much the pits.

"The Following" is a kind of new take on the open world zombie-a-thon, given that it's slightly less post-apocalyptic than most other settings. The gorgeous countryside is mostly still pristine, with houses and villages touched by the undead menace but not yet cannibalized into survivalist strongholds.

We don't have a secure date yet, but an anticipated release window is better than nothing.