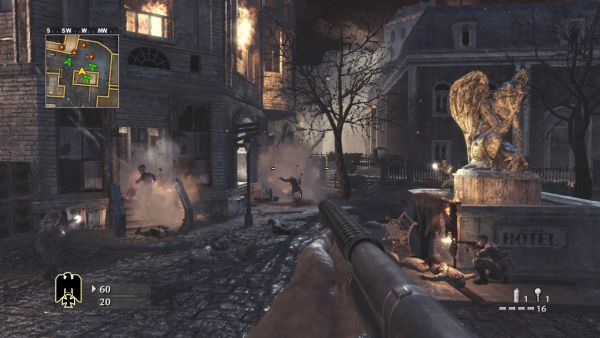 Ok, so the above screenshot isn't from the upcoming zombie map called “Verrückt” (Zombie Asylum), but it is from the map pack you can purchase it with aptly named "Map Pack 1."  Like we previously reported, this pack is coming soon to the Xbox 360, PlayStation 3 and PC versions of Call of Duty: World at War.

The map pack is due out in March for an undisclosed price and will contain four maps total, including the new co-op zombie map.