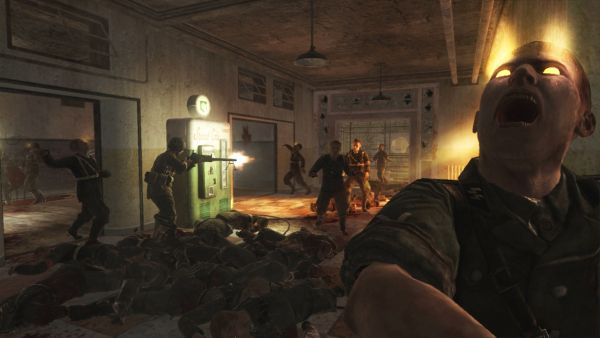 If you plan on joining our Games for Windows Co-Op Night tomorrow night, the one featuring Call of Duty: World at War, you might want to make sure you download the latest patch for the game first.

Patch version 1.4 features a ton of fixes for the game providing a much more enjoyable experience, and really, that's what it's all about isn't it?  But the team at Treyarch didn't stop there, oh no, instead they GIVEN gamers four free maps with the patch - the same maps that Xbox Live and PlayStation Network users paid $10 for!

This means PC gamers now have the awesomely incredible super scary and tense Verruckt map to co-op kill the nazi zombies.  The new map throws a twist into the formula by forcing the group into two teams for on opposite sides of the map.  If you'd like to combine forces you'll need to make your way through some barriers, thereby allowing more of the undead into the asylum.

Here are the current list of improvements for the patch: