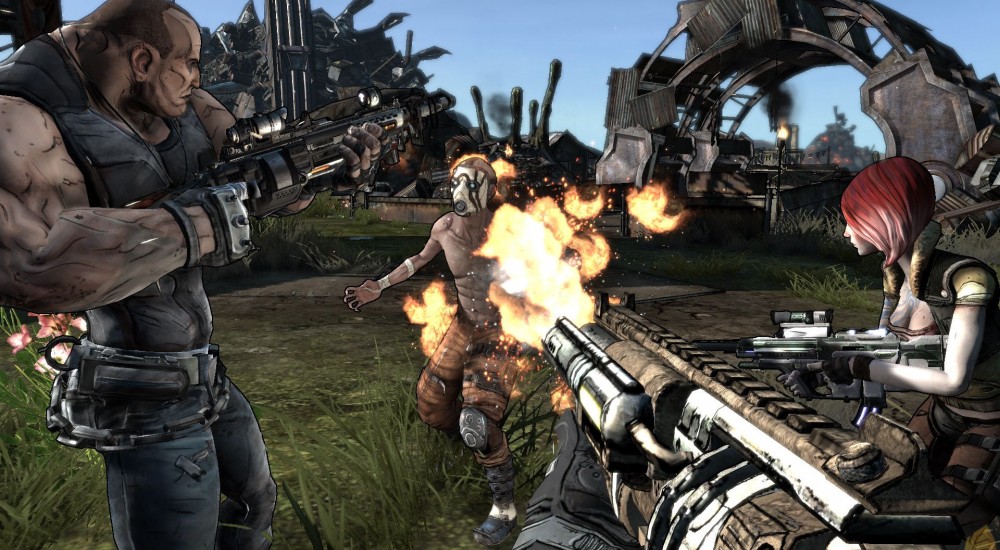 One of our personal co-op favorites, Borderlands, has gained new life in its multiplayer options! Gearbox recently restored the game's multiplayer capabilities on PS3, which had been shutdown since early last year!

GameSpy's closure of its many online servers is what took down the Borderlands multiplayer for good on consoles, including many other games' online as well. Thankfully, PC versions of Borderlands and other titles like Civilizations 3 & 4 were ported over to Steamworks last year to keep at least some of its multiplayer alive somewhere. However, Gearbox, with the help of 22nd Century Toys (a video game engineering specialist), we can finally play Borderlands again online on PS3!

To be able to play again, however, you'll need to download an update that will enable the multiplayer to run again on your console. This update will also allow you to finally be able to sort your friends list in order of who is online, who is playing, and also in simple alphabetical order. Furthermore, various improvements to the voice chat option and game bugs, such as the "And They'll Tell Two Friends" Trophy not being granted properly, now fixed. Gearbox stated:

"Thanks to everyone for your patience as we worked to find a solution, and special thanks to the folks at 22nd Century Toys for helping to make this happen!"

To celebrate this occasion, we thought you'd like to see an awesome video that could've been an commercial on TV, for real! Bring us back to the late 80's/early 90's era with an awesome Claptrap remote controlled toy, only found in the Borderlands "The Handsome Collection" (arriving on March 24th for PS4 and Xbox One). Good luck finding these toys outside of the secondhand market, however...