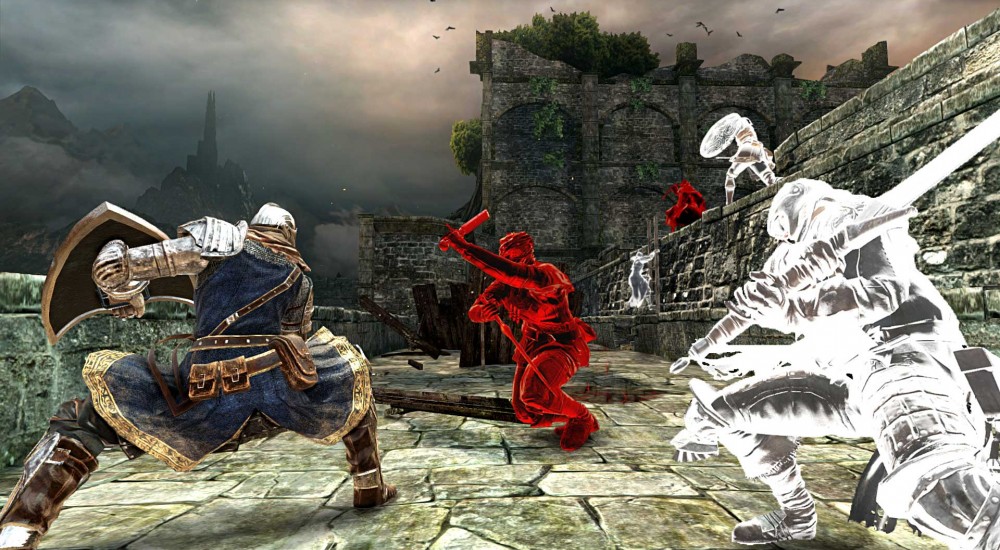 The definitive edition of our 2014 AAA Game of the Year lurks on the horizon, as Dark Souls 2: Scholar of the First Sin readies for its April 7th North American launch date. Plunking down your hard earned cash for a game (and potentially DLC) you've already purchased might leave you a little bit sour, but some may its find worth it to relive the sweet, sweet pain on current gen consoles.

Here to make a compelling case of why you should throw down even more scratch for DS2 goodness is the newest trailer.

A massive patch landed this morning for Dark Souls 2 Original Recipe which granted many of the updates SotFS adds to the game. PC users got a graphical update putting it on par with the current-gen SotFS versions. Oddly enough, the patch also added the actual NPC, the Scholar of the First Sin (Majored in "First Sin," Minored in "Soul Economics and Development Strategies").

Scholar adds more new goodies to the existing game, such as an expanded story, and more players to join your world. Whether or not that means you're going to be mobbed by red phantoms every time you round a corner remains to be seen. At least you might be able to invite a volleyball team worth of phantoms to your own party.