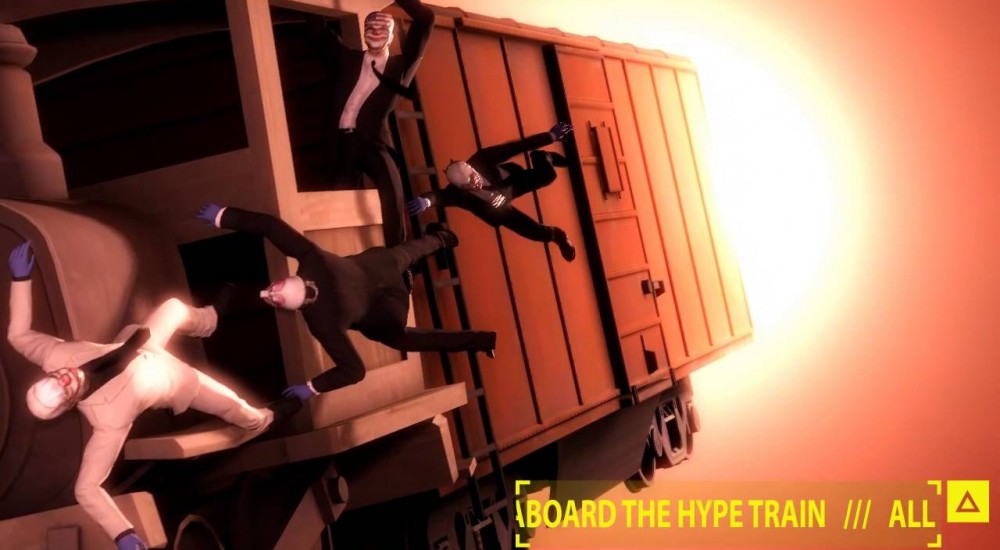 Believe the hype! Not just to build up buzz and excitement for upcoming Payday 2 updates, but for the "Hype Train" event where players can help to support Overkill's development of the game for awesome rewards.

While Payday 2's "Completely Overkill Pack" DLC will be launching on Steam on March 12th, players who preorder the DLC today can help support the game by helping to generate "Hype Fuel" for Overkill's "Hype Train" event. By purchasing either the DLC and or the full Payday 2 game, players will be contributing to "fueling" the Hype Train event; a special way to unlock rewards for supporting the game and its future updates. There will even be a 10% XP buff added for every milestone reached during the event! The DLC, however, is only going to be available for a limited time only. The rewards earned from doing so (as a community) are pretty nice, such as new features and additional content. Here's how the "Hype Fuel" system works for your purchases:

Any one PAYDAY 2 game or DLC: 1 gallon of Hype Fuel

Once this event concludes, the "Spring Break" event will begin immediately the following day, March 13, and will continue until March 21. This is when many of the rewards in the "Hype Train: event will be distributed, the highest possible milestone that can be reached features a Payday 2 "Paydaycon" tournament in L.A. with a $250,000 prize pool! The full list of rewards can be viewed on the official website.

For the $20 DLC, players will receive four special edition masks to wear in-game as well as "secret content" yet to be disclosed to the community. The content will be available on March 12th, however, so we'll be waiting for an official announcement from Overkill soon (hopefully).