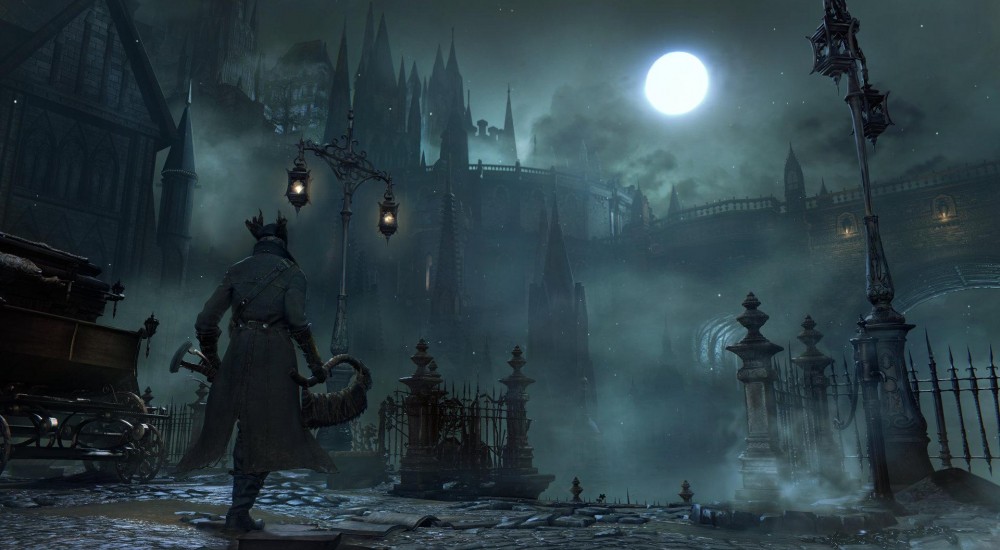 From Software has proved time and time again that they are masters of the "creep factor", and Bloodborne looks to be no exception.  To emphasize just how well they're able to to make their skin-crawling ambience pervasive through every facet of the game, our friends at IGN have given us a glimpse at the way players can add their own personal touch of horror to the world:  the character creator.

When done well, character creation tools can make players feel significantly more invested in their virtual avatars.  I must admit that I felt a twinge in my heart every time my terrible creation, Shucksly, bit the dust in Dark Souls 2.  Even when a midgame mishap led to an unexpected change of gender, Shuckslina was mine, and I was his/hers.

From doesn't seem to have diverged too greatly from their standard creation methods, but they promise even more ways to fine-tune your unfortunate hero.  Check it out:

There's been a flurry of news surrounding Bloodborne in the past week or so, and this glimpse at character creation comes amidst new gameplay videos and the announcement that Sony will be shipping Bloodborne PS4 bundles when the game releases March 24th.  Fans of the Souls series that haven't made the step to the current generation of consoles may have a tough time convincing themselves to not invest.

Naturally, one of the best uses of the character creator is to frighten/disgust your friends with your very own abominations.  While previous Souls games made playing with specific people an opaque and slightly frustrating chore, Miyazaki (the director largely responsible for the series itself) has said in a recent interview with IGN that the process will be a great deal easier due to the addition of "keywords".   Although we don't have many details on the system, this is wonderful news for those of us who primarily enjoy the Souls games in a co-op setting.

Personally, I'm pretty excited to hear that players have more agency in creating nightmare creatures that should not exist in a just world.  I can't wait to see screenshots of Sonic trudging his way through a desolate Victorian hellscape, only to be bludgeoned by zombies in a sludge-filled crypt.  Or, you know, whatever.