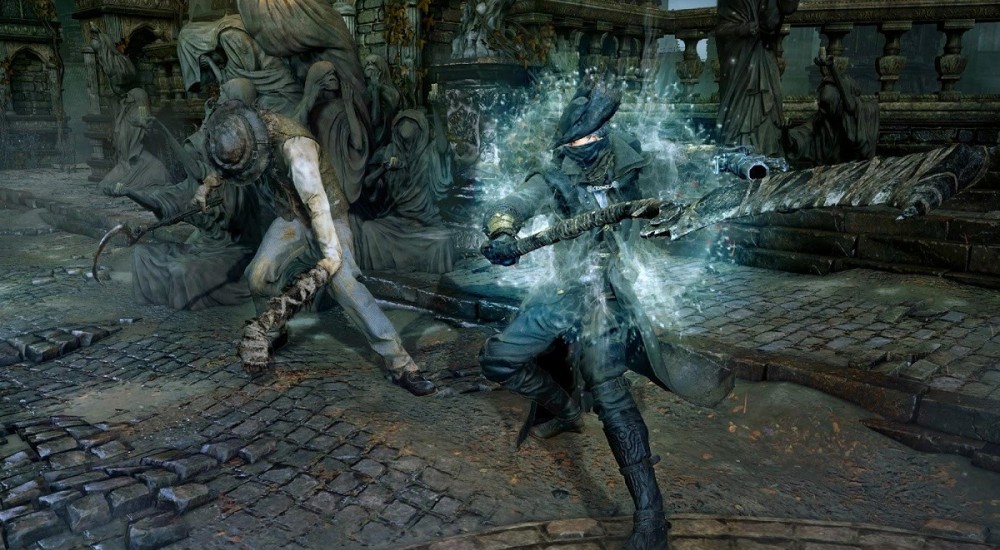 One of the more highly anticipated titles revealed during E3 last year was Bloodborne, a Dark Souls-esc, third-person action/adventure game, with a gothic (Van Helsing-like) setting. At first, it looked like it might've been a single-player only title, but now we've received word that co-op features will be included.

We've got information regarding the game's co-op capabilities, all detailed by the alpha manual that is now available. There might be some changes to some of the item names in the Western version of the game, but you'll get the idea once you read through the co-op features listed below. Just remember that the game itself will be exclusive to the PS4. That being said, here are some of the features we can expect from the alpha: We'd also like to mention that the official Bloodborne Twitter account stated that the online options that will be present in the beta are only a part of the features that will be included. More will be revealed over time for the final version of the game.

Bloodborne is scheduled for release this coming March 24th.