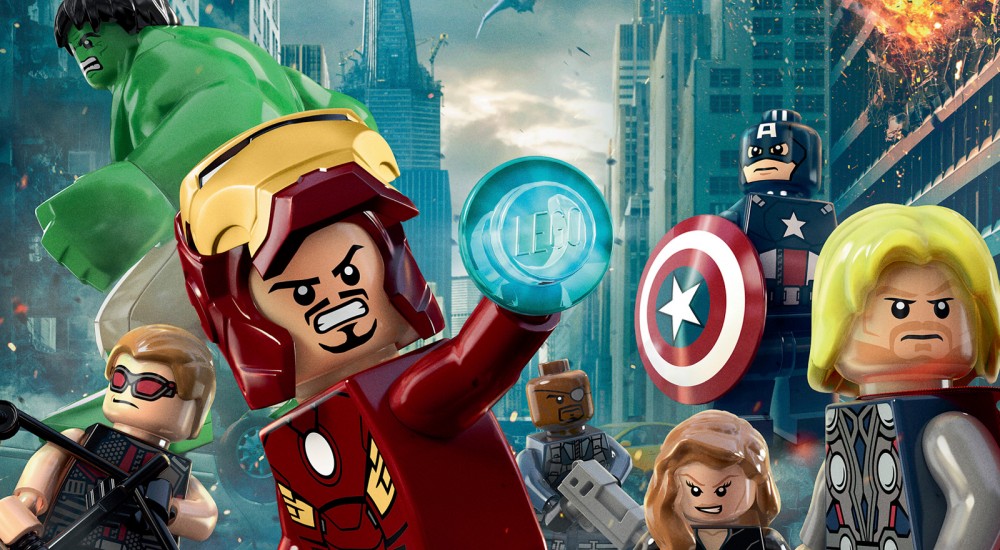 Nobody loves a good, long-running film franchise like LEGO. Those crafty little blocks have parodied their way through movie series such as Star Wars, Indiana Jones, Lord of the Rings, and uh, The LEGO Movie. Two of this summer's most anticipated features are getting the full on blockification treatment as well, with LEGO Marvel's Avengers and LEGO Jurassic World hot on the heels of the upcoming films, both including the standard LEGO game 2 player local co-op.

Let's go ahead and address the dinosaur in the room with LEGO Jurassic World. In promotion for the upcoming Jurassic World movie, this product groups the entire series into one big ol' package, from Jurassic Park onward.

Here's a teaser, showing off what kinda LEGO models you might be dealing with.

See, you don't have to feel bad for the T-Rex here, even though his jaw fell off. He's a LEGO T-Rex, which means you can just snap that thing right back on! Or, if you were feeling creative, scrap the lower jaw altogether and give him an X-Wing up there or something.

I don't know why they need to express that this is Marvel's Avengers, as opposed to just "Marvel Avengers," but I'm not a marketing guy. Not to be confused with LEGO Marvel Super Heroes, this game slaps together the original Avengers movie with Avengers: Age of Ultron. Much like Marvel Super Heroes, it's crazy to me that Warner Brothers is publishing something form Marvel Entertainment. Maybe one day we'll get to see that big DC Comics Vs Marvel Comics crossover event, in adorable, easily dismemberable, LEGO form.