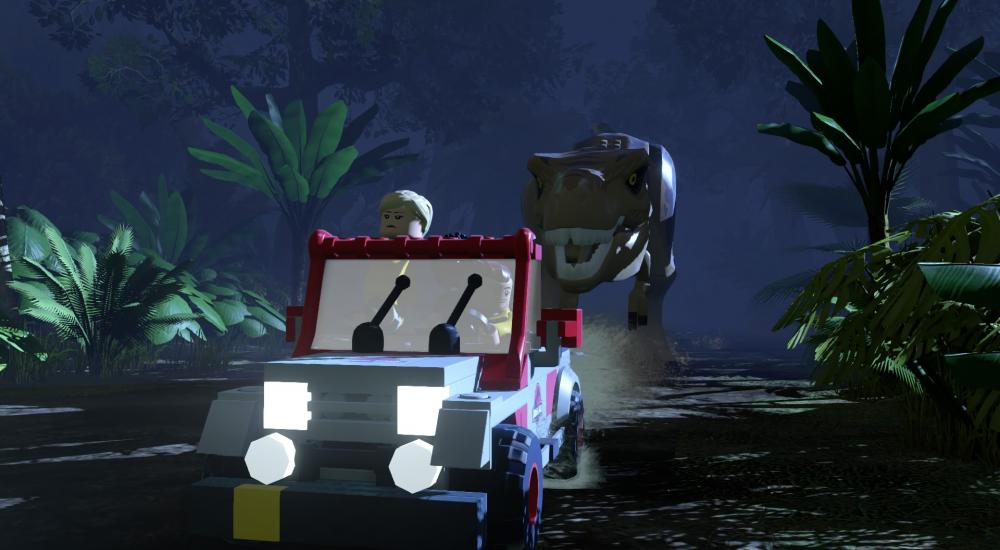 It's been quite some time since LEGO Jurassic World first graced us with its presence, mostly because it served as a tie-in to the franchise's first movie reboot in 2015.  Even though we're a few years off that initial surge of dino-stalgia, at least one person out there has presumably said, "You know what, we should put this game on the Nintendo Switch".

Come September 20th, the fruits of that hypothetical person's labor will arrive in both a physical and digital format.  If you missed the game on its first go-round, you'll have a fantastic opportunity this fall to dive back into the little dinosaur theme park that couldn't.  For a glimpse at all the cooperative platforming available to you, check out the announcement trailer, below:

LEGO Jurassic World's Switch release will come jam-packed with the three original DLC packs available for the game.  Between the Jurassic World pack and the two Jurassic Park Trilogy packs, you'll be awash in characters and vehicles, ranging from Iain Malcolm's classic convertible to the Jurassic Response Unit to everyone's favorite character that we definitely all remember, Eric Kirby.

Just like its releases on most other platforms, LEGO Jurassic World will feature local co-op for two players.