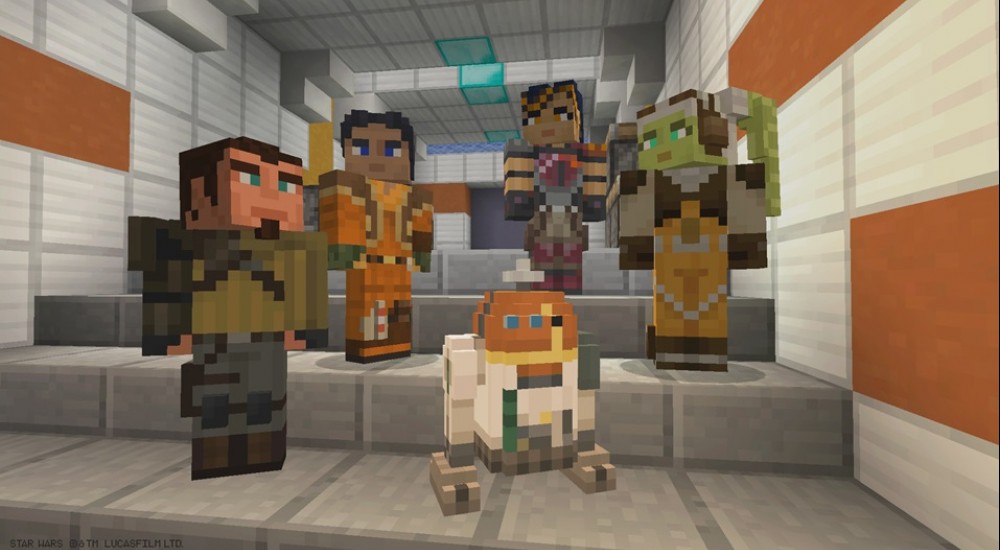 The lovable scoundrels of Star Wars Rebels have been covertly sneaking into the hearts of embittered Star Wars fans since the show launched back in October. Here to celebrate the fairly well liked CGI program is a brand new skin pack for Minecraft featuring the colorful cast of the show. The skin pack is available for both Xbox One and 360 versions of Minecraft for $2.99.

If you've ever caught yourself carving concentric circles while strip mining cobblestone for hours and wondered "You know, I'd be having a lot more fun right now if my dude looked like a highly pixelated version of Kanan Jarrus from Star Wars Rebels," this pack is for you. Mr. Jarrus isn't the only character listed. You'll receive an entire litany of new skins to dress your Minecraft avatar: It's interesting to note that Disney is really getting out there to drive Star Wars back into favor with folks, after fans of the series have been burned so terribly in recent times. No doubt we'll see plenty more Star Wars themed stuff as we draw closer and closer to the release date of the 7th film.