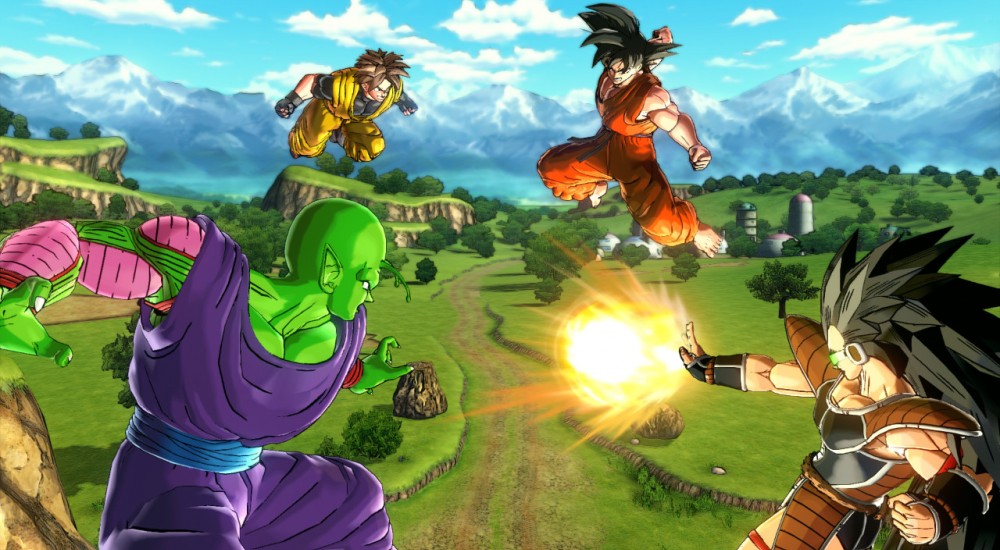 It's the last week of February. Do you know what that means? No more crappy weather! We can finally go outside and enjoy the beautiful sunshine! Wait, it's not beautiful where you live? Fine. Move somewhere nicer. If that's not an option you can drown your snowy sorrows in the warm embrace of these new co-op releases:

Dragon Ball Xenoverse (360, PS3, PS4, XB1) It's yet another Dragon Ball fighting game. Full disclosure, I loved Dragon Ball Z: Battle of Z. I know that makes one of us. Dimps is back as the developer, so fans of the DBZ: Budokai series should be happy. The 3 v 3 battles look like a mix between Budokai and BoZ combat. No matter what happens, it will be better than the movie. [3 player online co-op]

Dynasty Warriors 8: Empires (PS3, PS4, XB1) What more can be said about the Dynasty Warriors series? Nothing, that's what. These games won't stop. Ever. Since this is the "Empires" version of DW8 you should expect a little strategy mixed in with your button mashing. [2 player local co-op, 2 player online co-op]

Resident Evil Revelations 2: Episode 1 (PC, PSN, XBL) The Resident Evil series has done some interesting things with co-op in the past, with varying degrees of success... and failure. RE: Revelations 2 is being released episodically online with a full retail release coming in March. Will you enjoy your survival horror one course at a time, or binge when the total package drops? [2 player local co-op]

Dragon Ball Xenoverse (PC) It's like the console version that came out earlier in the week, except this one comes out a few days later. Don't worry. You won't miss anything. The good part of the series ended in 1996. Yeah. That's right. 1996. You're old. [3 player online co-op]

If we missed something, let us know in the Comments Section.

Here's a list of everything else that's coming out this week: