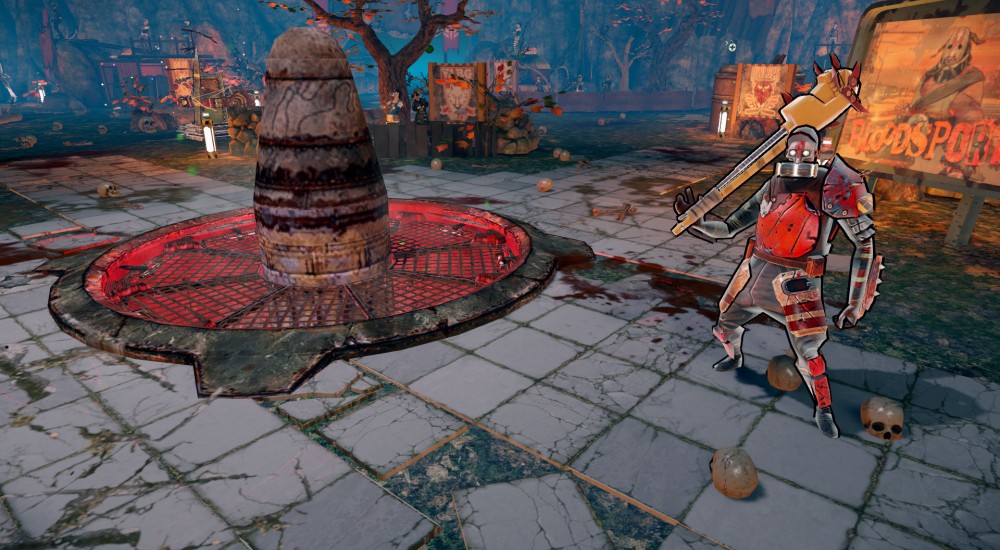 Do you like a post-apocalyptic world? Do you like "gladiator" style combat arenas? Do you like... BLOOOOOOOOOOOOD?! No? Oh. Ok, well, maybe check out Kirby and the Rainbow Curse, then? But if you said "YES!" to all of that then maybe you'd be interested Fatshark's upcoming title, Bloodsports.TV. (You can check out Kirby, too, nobody has to know).

Set in the same universe as the co-op action-RPG, Krater, Bloodsports.TV will allow up to five players to team up, select their heroes, and battle through wave after wave of enemies in order to prevent the frenzied hordes from getting at a missile silo (and subsequently launching a missile that will blow up your village). The art style has a very Borderlands feel to it while the action itself is reminiscent of Smash T.V​. A pretty good mash-up, I'd say.

Bloodsports.TV is slated for an April 8 release on Steam.