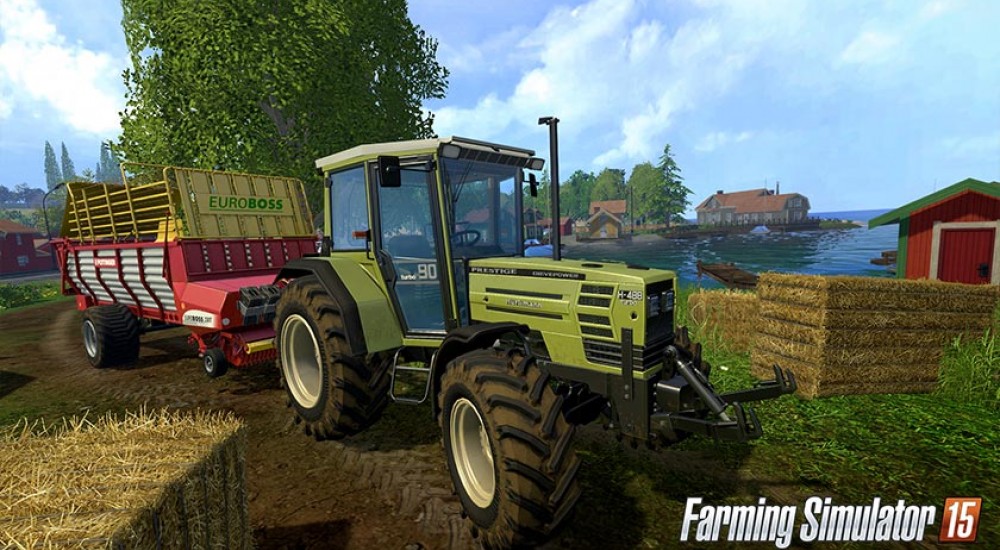 Giants Software has released a new trailer for Farming Simulator 15 which is entitled A Day on the Farm. It's a peaceful trailer which showcases actions such as driving, hoeing, and planting seeds as well as important farm items such as greenhouses, chickens and cows! It also features some terrifying machines that will probably be haunting my nightmares tonight, thank you very much Farming Simulator 15.