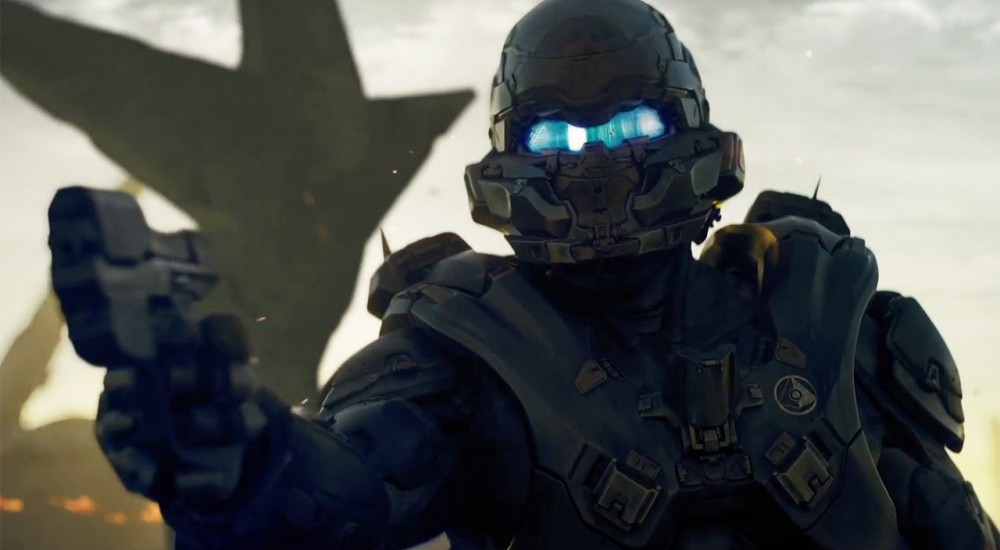 To many Walking Dead fan's delight, Halo 5 Guardians received it's official release date for this fall through two different broadcasted trailers. The twist with the trailers is quite interesting, however, as this time around we don't know who exactly the hero or villain of the game will be. Master Chief or a new warrior seem to be locked in an epic showdown we've never seen before.

Arriving on October 27, 2015 exclusively on Xbox One, players will be able to experience the next chapter in the saga of Master Chief. From the two trailers shown below, it looks like we are getting two sides of a story. It looks like both have a truth to discover, but which truth is the real one?

In the first trailer, Master Chief seems to be in bit of a snag lying severely injured underneath a stone statue of him. Soon after, an elite UNSC Spartan warrior by the name of Locke is shown hunting him down, trying to uncover the truth of what Master Chief has brought to the universe. What truth? That remains to be seen. Still, the mystery doesn't end in this trailer

The second trailer (surprisingly) has both their roles reversed, with Locke on the ground injured with Master Chief ready to deal the finishing blow. Through Master Chief's speech, one might say that this trailer is the product of his final thoughts shown at the ending of Halo 4. This is simply speculation, of course. don't want to spoil anything for anyone, but could this be Master Chief's change from hero to villain after the events of that game? Head of 343 Industries, Bonnie Ross, stated:

“We wanted Halo 5: Guardians to be the game that pays off the epic promise of the Halo universe in scope and scale and drama. We want to amaze players with the sheer size of the worlds and battles they’ll experience, even as they question everything they thought they knew about its heroes, marvels and mysteries. #HunttheTruthis only the beginning and we can’t wait to debut the game to Xbox fans around the world at E3 this June.”

Either way, little is known about what this truth is for either side, but we look forward to more information in the coming months regarding the game's plot. Which side is the real side? Are they both? Let us know what you think in the comments below!