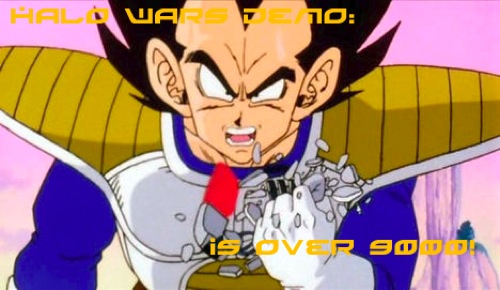 On February 5th, the world of Xbox Gold members was given the chance to test drive Halo Wars; and boy did we ever. Setting records in 24 hours for most downloads, in 5 days this demo hit over 2 million downloads world wide! We've talked about it, we're anticipating it, and now it'll be in Microsofts record books for some time.

Now Xbox Silver members have the opportunity to download this beauty and give it a test run, and I'd like all of you (every single one...that has an Xbox) to tell us what you thought of the Demo! Good impressions, or bad impressions, or simply discussions, we want to see what all types of players think!

In other Halo Wars news, Vidoc #3 has been released showcasing the development team talking about the design decisions that went into making an RTS on the console.  Namely this means talking about the control scheme, which is often a point of controversy in console RTS's.