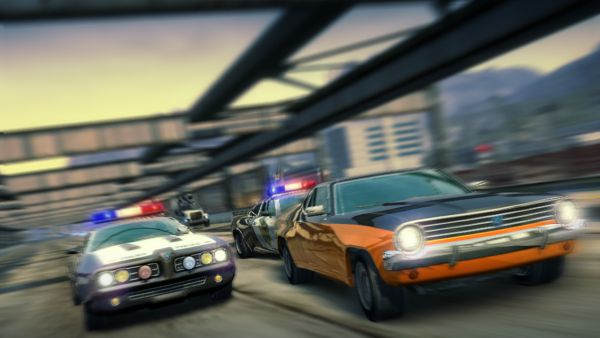 Despite a minor disappointment that can probably be attributed to the same guy that designed the Diablo III Care Bears t-shirt, Criterion Games continues to amaze us with their support of Burnout Paradise. The game is officially a year old, and they are still pounding out some great content for this 8-player co-op title.

Via Criterion's Twitter account comes the confirmation that the Legendary Cars pack will be available for Xbox 360 and Playstation 3 this Thursday - February 19th.

Also, the Playstation 3 and PC in-game news page has seen the announcement of Cops and Robbers, a new pack that will pit players against each other in a mode that was undoubtedly inspired by the classic Need for Speed titles. No word yet if this mode will reach the Xbox 360 version, but coming from an Xbox user: it would be a crime worth chasing for if it didn't. Yuk, yuk.

Note to Criterion from Jim: I am loving your continued support...please add splitscreen soon! Erm...ahem.

Click "Read More" for another Cops and Robbers screenshot, and a refresher gallery of the Legendary Cars!