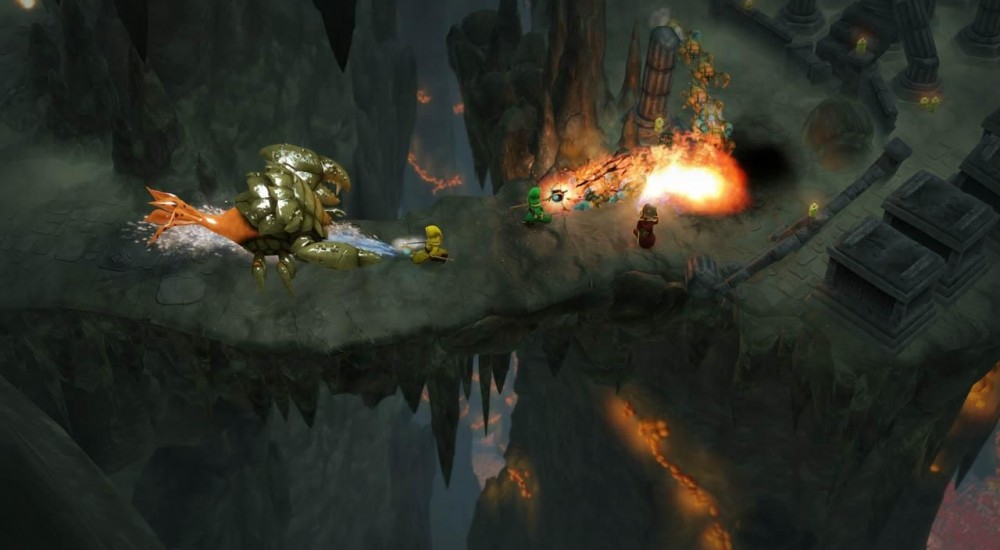 If the first Magicka taught us anything at all, it would be something along the lines of "if your friends had magical powers, they would totally flip out and make your body pop like a hamster in a microwave well over a thousand times." We need video games to teach us these lessons just in case some eldrich power does imbue our chums with arcane forces, so we'll know to avoid their calls for a while.

Luckily, we can learn an entirely new set of lessons (teamwork, anyone? No?) with Magicka 2, out now for PC and PS4 for $14.99. Don your most visually audacious cowl and return to the slightly addled world of Midgard for a new quest. Be sure to bring three of your buddies along so they can forget where you're hanging out and incinerate your body.

Check out the launch trailer, featuring the slightly embarrassing voice over of series narrator Vlad.

Yeah, that totally looks like more Magicka to me. Which isn't necessarily a bad thing, since we liked that game a heck of a lot.

You can throw down $14.99 for the regular version, or pick up a special Deluxe Edition for $19.99. On PC, you've got the option of picking it up on steam, or directly from the publisher's website for the same price.