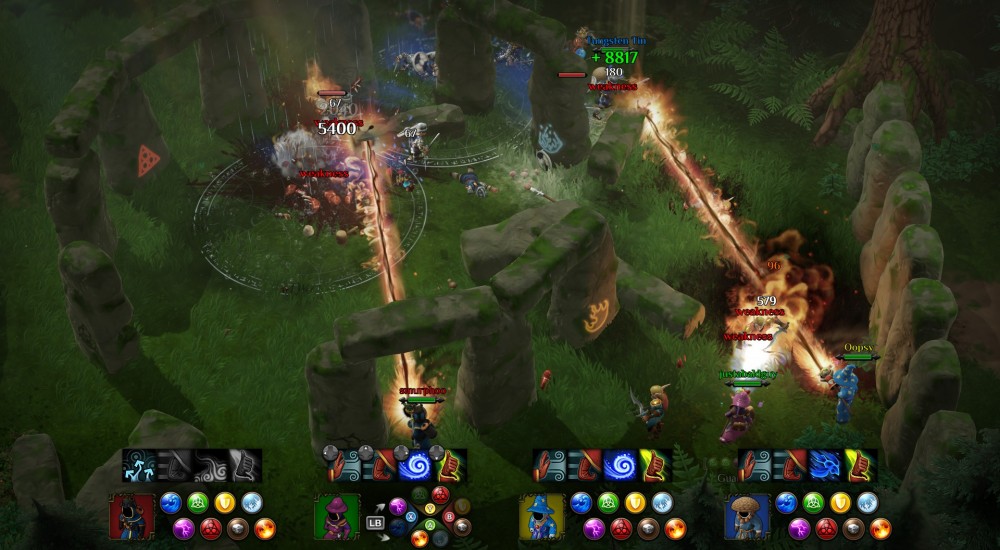 There's nothing I enjoy more than putting on my bathrobe and pretending I know how to do magic on a Friday night. What could be better than that? How about jumping on Twitch and watching the Friday Awesomely Live Co-Op gang blow each other up in Magicka 2? Well, it's a little late for that since we beat the whole campaign, but lucky for you, we recorded it all so you can watch it right now.

Our first night with Magicka 2 started us off on an adventure of epic proportions. We flew through the first four missions in just short of two hours. Magicka 2's tagline "learn to spell again" was definitely the theme of the night since the learning curve is a bit rough after being away from Magicka for so long. Regardless, we had a good time and we planned to continue the quest on another night.

Our second night of Magicka 2 was considerably tougher. The difficulty starts to ramp up in the middle of the game, but we didn't let it discourage us. It did get grueling enough that we decided to jump over to a different game to calm the nerves after chapter 7.

On our final night with Magicka 2, we apparently had to re-learn how to spell again. We started out really rough, but eventually got back into our groove to finish off the game. The final two chapters were pretty difficult and required a fair amount of co-op thinking to fight our way through scenarios. The final boss fight was really cool!

So there you have it! The complete walk-through of the Magicka 2 campaign. We hope you enjoyed all 5 hours of bathrobe jokes and poor spelling. We had a blast with the game despite the "jank", bugs, and occasional character malformation. Let us know if you beat the campaign and how your experience went in the comments!