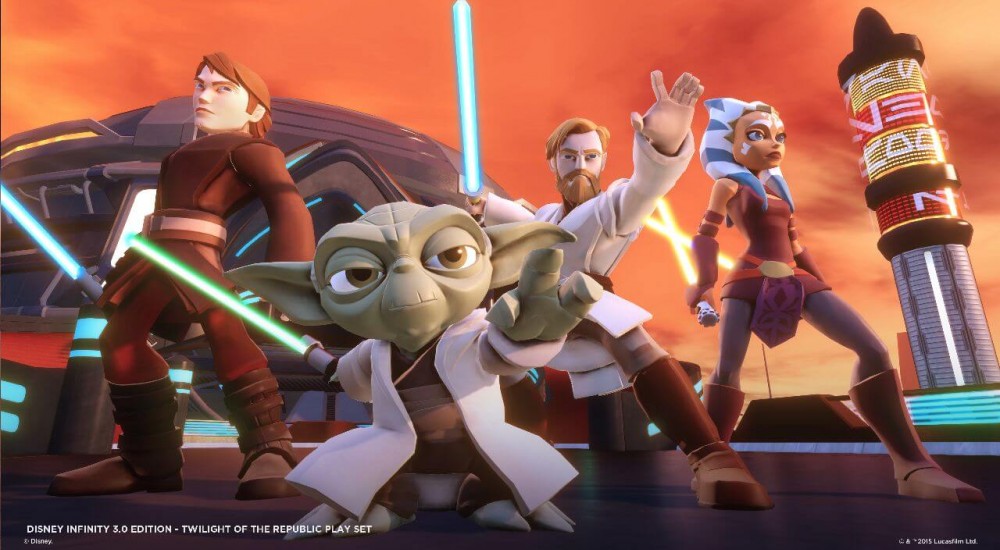 Last month, Disney announced their next big installment to the Disney Infinity line, Disney Infinity 3.0 Edition. Amongst the new Marvel and Disney characters that are sure to arrive in the upcoming expansion, much anticipated Star Wars content will be also featured for the first time ever, and in an abundance.

Now Star Wars fans young and old can experience the universe through Disney Infinity 3.0 Edition and the large amount of content surrounding it. Recently, Disney released tons of screenshots for two of the three Star Wars playsets coming up. In total, there will be three different playsets coming to 3.0 featuring three different eras of the Star Wars canon: the Episodes I-III era, the Episodes IV-VI era, and the Force Awakens era.

For this screenshot, we've got lots on the Episodes I-III Era, or the "Twilight of the Republic" playset, images with locations such as Tatooine, Geonosis, and the Jedi Temple, as well as some enemy types like Battle Droids and Sand People are prevalent. We've placed most in the gallery below, but the main ones we thought people wanted to see where the figures themselves. Below are Obi-Wan Kenobi, Anakin Skywalker, Ahsoka Tano, Yoda, and Darth Maul. In the future, we'll be getting Luke, Leia, Han, Chewbacca, and Darth Vader as well. Enjoy their beautiful designs: Disney Infinity 3.0 Edition will be available for PlayStation 4, Xbox One, Nintendo Wii U, PlayStation 3, and Xbox 360 this coming fall. More on the release date and The Force Awakens content might be coming at E3 this year, so don't stray too far away.