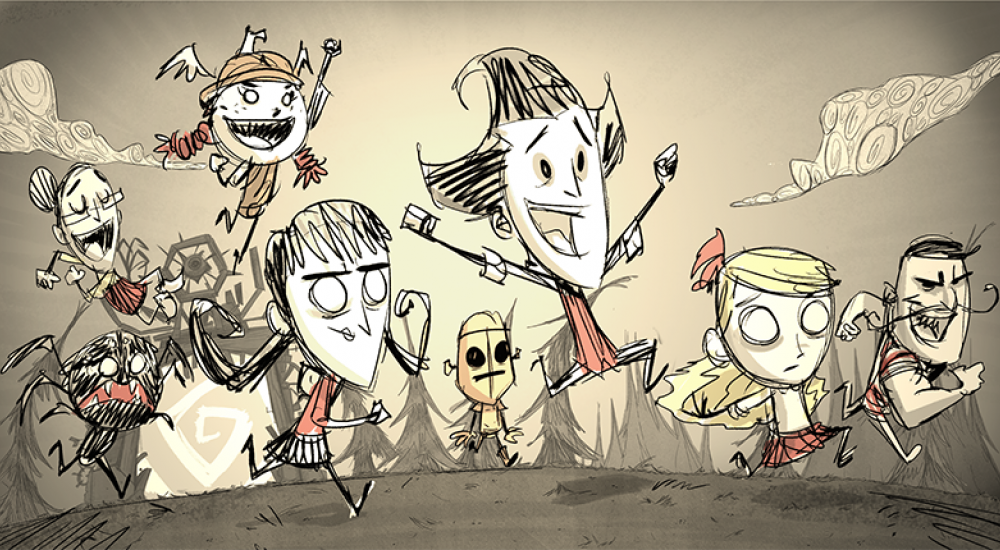 Has it really been over a year since we announced Don't Starve was getting a co-op mode to be implemented that summer? The seasons have turned and here we are in June of the following year, with Don't Starve Together still locked into Steam's Early Access program since it initially debuted on June 15th. However, good news to everyone who's been a fan of the procedurally generated sandbox survival game but doesn't want to throw money at a product still in development! Provided you owned Don't Starve prior to June 3rd, you already have the co-op expansion. That's right; it's yours. You don't even have to do anything!

If you'd gone ahead and purchased Don't Starve Together prior to June 3rd, you should now have an extra key which you can toss to any of your friends who didn't pick it up. So what's new? Well, DST is still in development, given that Klei has been hard at work over the past year implementing new features (and free DLC!) into their survival game. They still haven't hammered out caves yet in DST due to some technical limitations.

You can read all about Klei's current thoughts on their product on their Steam Community Page.

Don't Starve is a fun little game that was almost made for Co-Op, so I'm glad to see Klei is trying their best to support their Burton-esque survival nightmare.