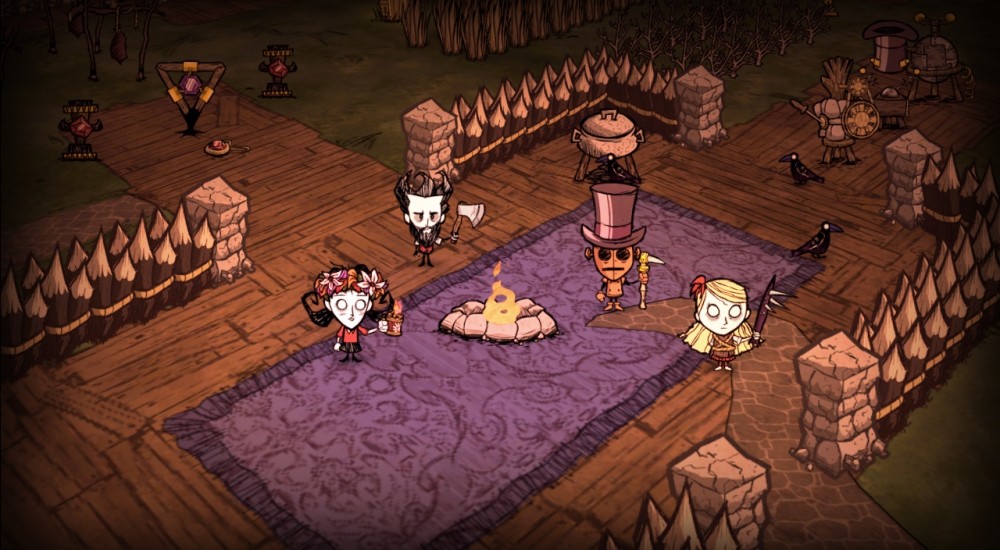 Klei Entertainment, the Champions of Malnourishment, the Princes and Princesses of Famine, the Defenders of Deprivation, have finally gifted PlayStation 4 users with an embarrassment of riches.  That's right, everyone!  Come September 13th, the Don't Starve Mega Pack will be available for purchase on Sony's flagship console.  Included in that pack are the following items:

For the very first time, PS4 gamers will be able to cooperatively stave off their ever-present hunger pains.  Not only does Don't Starve Together: Console Edition allow for co-op play, it also boosts the number of online players to six and adds split-screen usage for a bit of the ol' couch co-op.  Should you and your local partner decide that your efforts alone aren't enough to keep those poor, famished avatars alive, you can take your game online as well. If you've already picked up Don't Starve: Console Edition, fret not, as the Mega Pack is 60% off for current owners of the base game, allowing you to add both co-op play and the two expansions to your library at a reduced price.

Having played a good bit of the PC version of Don't Starve Together, I can personally attest to its panic-inducing qualities.  Should you enjoy the crafting/survival genre, but perhaps wish for something more offbeat, DST is the game for you.