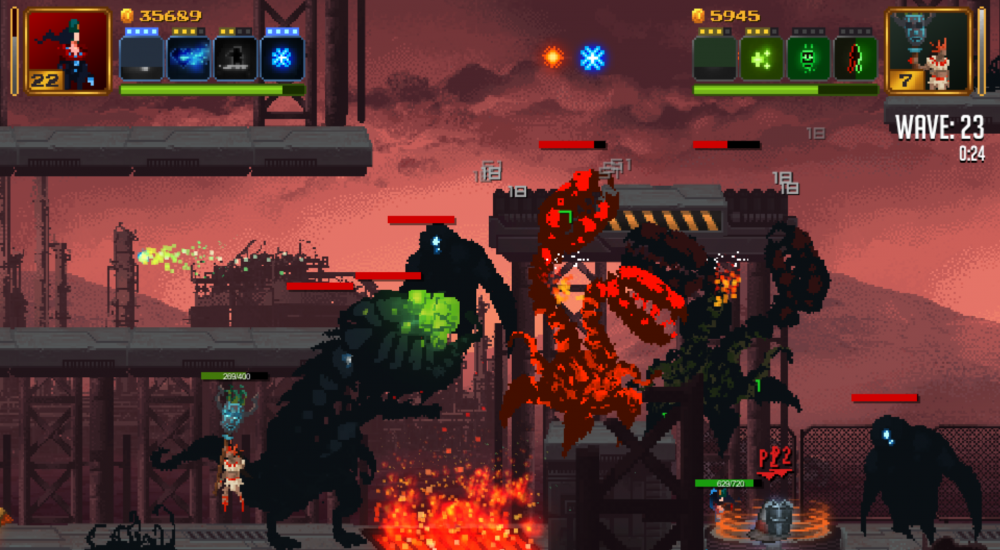 It's not often that one gets to witness the eternal encroachment of darkness first-hand, to see its inky tendrils consuming all that you know and love while you stand helplessly by.  Not the way you can in Warlocks vs Shadows' new horde mode, at least.  The light, in fairness, stands its ground for as long one can hope for.  It's a doomed effort, though.  It always was and always will be.  The darkness grows ever closer, dearest readers, I can feel it caressing my fingers at night.

Woah, sorry gang.  I think I blacked out there for a minute.  Anyway, everyone's favorite Early Access game is back with another big update!  Warlocks vs Shadows is bringing its brand new horde mode to the fore, offering its writhing, infantile mass to the public for all to marvel at, and also play.  You and up to three other friends can indulge in its ethereal delights, but be careful not to push too far.  Few have gazed upon its darkest realms, and fewer still are sane enough to speak of it. Of course, it wouldn't be a true Early Access update if it didn't come with patch notes bursting at the seams with minutiae.  If you'd like, you can pore over their arcane scribblings here.  Otherwise, I've got some highlights for you.

​Finally, we have a quick note about the game's full release date.  While we don't know it yet, publisher One More Level announced that they'd be...announcing it at this year's Gamescom, which is upon us in August.