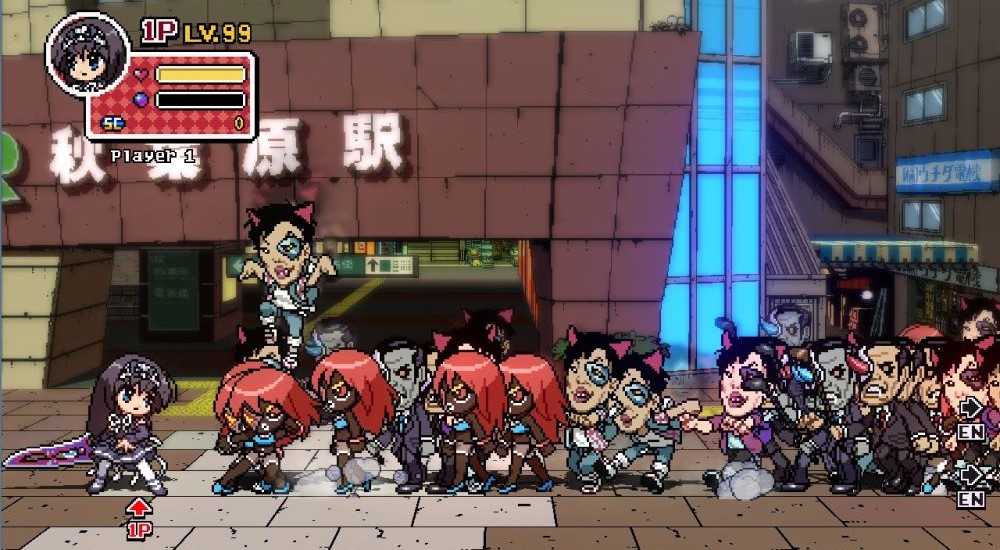 Hey, you're in the mood for an anime-inspired co-op brawler, aren't you? One of the best in the business just made its way to PS4, and it's ready to assault your face with combo-centric combat and enemies that just won't quit. Say hello to Phantom Breaker: Battle Grounds Overdrive, an updated version of Phantom Breaker: Battle Grounds just for PS4.

Here's what you need to know about Phantom Breaker: it's a combo-heavy strategic fighting game set in a colorful anime world. Also, we reviewed it, and we liked it. The game looks cute and innocent, but holy moley does it pack some serious firepower. Over-the-top animations ensure every attack and special move is more in-your-face than that close-talking neighbor of yours, and with all the coins and items flying around the screen, your eyes won't have any trouble finding pretty objects to look at.

Co-op in this brawler has had a bit of a rough history. The earliest releases had online co-op as well as local, but they were laggy and unreliable at best. The PC version was released with only local play, which caused a bit of a stir with players who wanted to smack stuff with non-local friends. Overdrive for PS4 not only brings online co-op back, but it brings it back in a working form!

The souped-up PS4 version of Phantom Breaker is currently available to download and enjoy. Go get your friends, have some fun. Go on!