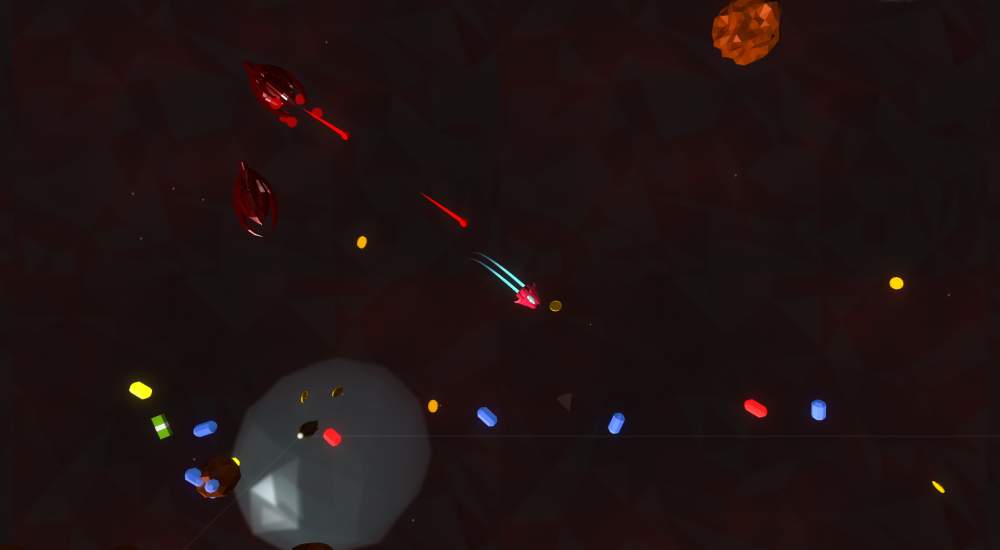 One of my favorite gaming memories was running cargo for someone, or being a mercenary for hire in Privateer. While the in development Star Citizen is the same designer and promises much of the same, it also seems like it's all a bit much. Fortunately, there appears to be a game that offers the same concept with more straightforward twin-stick shooter mechanics in Cashtronauts.

The game puts you in the cockpit of a space jockey who's out to earn his fortune in an alternate future where dinosaurs rule the galaxy. To achieve this lofty goal, you'll shoot down space pirates, do some mining (by shooting asteroids), and attack innocent civilians to loot their wares. Cashtronauts allows you to do all of this in order to earn as much cash as possible before you're (inevitably) shot down; either by the police force, pirates, or hostile aliens. You can do all this alone, or with up to three friends via local co-op.

Collecting the cash serves a few purposes. In addition to refueling/rearming yourself and buying upgrades, earning a certain amount of money will unlock new "Risks"; essentially, challenges you can toggle on and off that come with pros and cons.

The game launches on Steam Early Access this Wednesday, August 12, 2015, for $9.99 and will then arrive on Xbox One later this year.