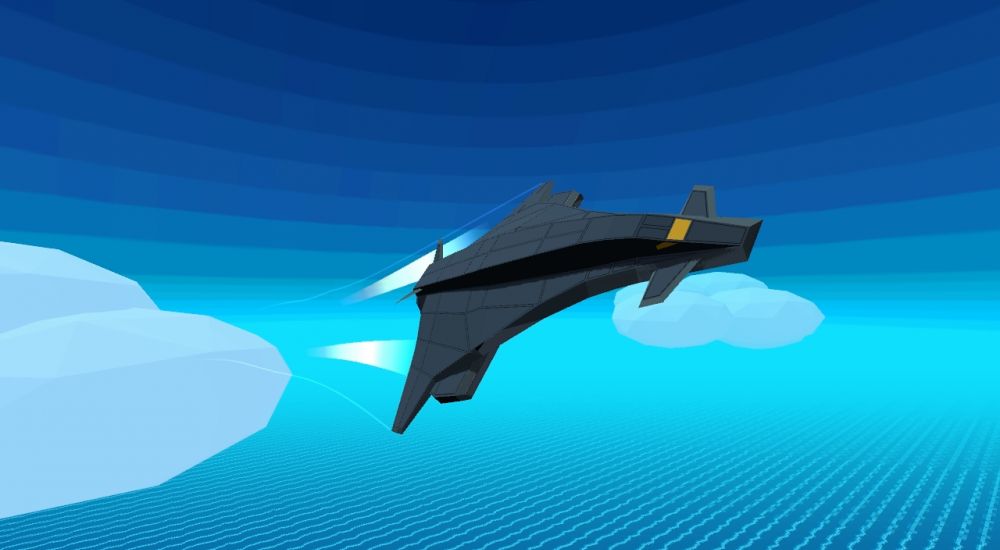 One of my favorite PC games growing up was flight simulators. Not the true-to-life ones where your entire keyboard corresponded to some particularly function but the dog fighting kind, like X-Wing or Wing Commander. Sky Rogue, out now on Steam Early Access, appears to offer the same kind of action with the added benefit of local co-op.

The game offers players set missions to complete, such as take out this strategic base on an island or blow up this flying aircraft carrier, but in a procedurally generated world. Thus while the objective may be the same, the location changes. You get to choose what type of aircraft you want to fly and even pick out its arsenal to ensure you've got the right weapon for the job. The only catch is that there is perma-death. Thus all your progress could be wiped out in an instant if you're not careful. Ideally, that's where having a friend along to watch your six comes in handy.

There's a lot about the game in action that reminds me of some of the arcade type flight sims that were released on the Genesis and SNES back in the day.

Sky Rogue is currently in alpha through the Steam Early Access program and is available for $9.99.