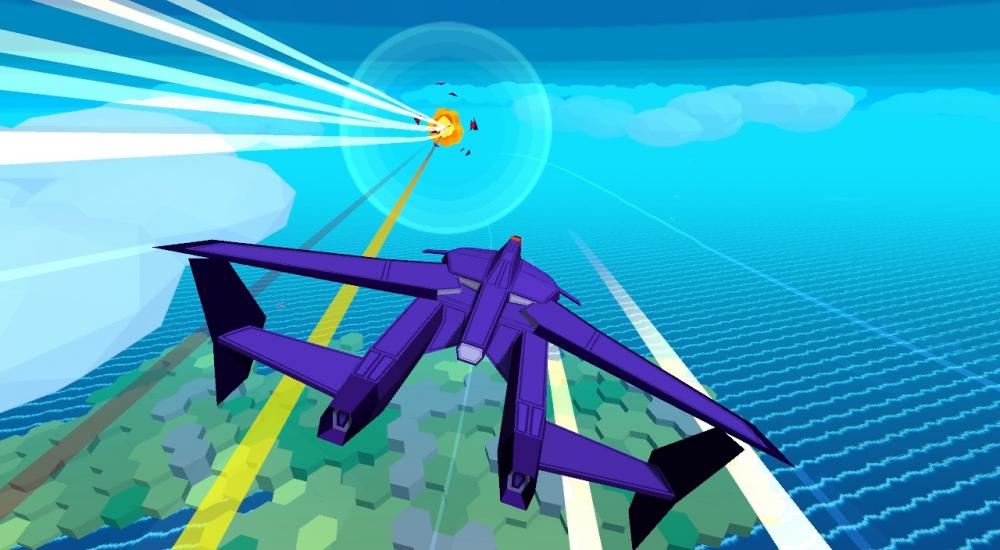 Sky Rogue, the hottest procedurally generated flight combat game around, is now available to anybody with one of those fancy Xbox Ones.  The title was originally released on PC in July of 2015, and in 2018, the folks at Fractal Phase were gracious enough to bring the game's roguelite sensibilities to living rooms worldwide via the Nintendo Switch.  Now, thanks to its release on Microsoft's flagship console, that availability expands even further.

The game may look relatively simple at first glance, but the arcade-y vibe underlies a deep set of mechanics and inspirations.  We were fortunate enough to host a guest post by one of the game's developers, Kenneth Backus, back in 2015 when it originally launched.  If you're interested in going on a deep dive into the process of its development, you can find the post here.

Sky Rogue is, at its heart, a run-based game, with each subsequent session an attempt to get further and further into the procedurally generated scenarios (and getting a higher score along the way).  As such, its cooperative play and arcade feel slot seamlessly together and allow new players to hop in as quickly as possible.

Sky Rogue features two player local co-op.  As mentioned above, it's available on PC, Nintendo Switch, and Xbox One.