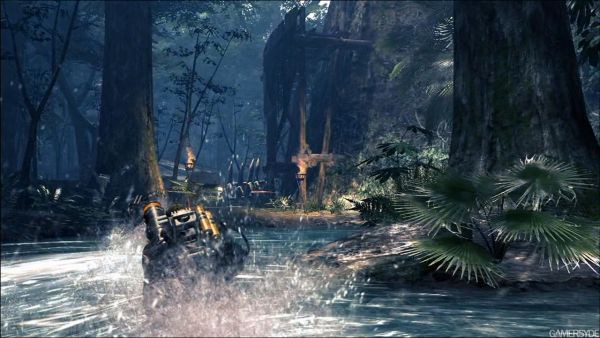 Last week we told you about a brand new game Capcom was going to announce today via Xbox Live.  Well, as promised the game was announced - and that game is Lost Planet 2.  And also as hinted at - the game has co-op!

If you remember the first Lost Planet, the setting was the ice planet of E.D.N. III.  The new game takes place 10 years after the conclusion of the original title during a massive climate change.   According to the press release gameplay has evolved to allow players to control small squads of Snow Pirates.

Also as we mentioned, the game promises cooperative play.  Capcom listened to fan feedback to implement this mode, and it's being touted as a "new type of co-op mode."  What that is and how many players that supports has yet to be seen.

You can queue up the full 7 minute video right here, or download it on your Xbox 360.