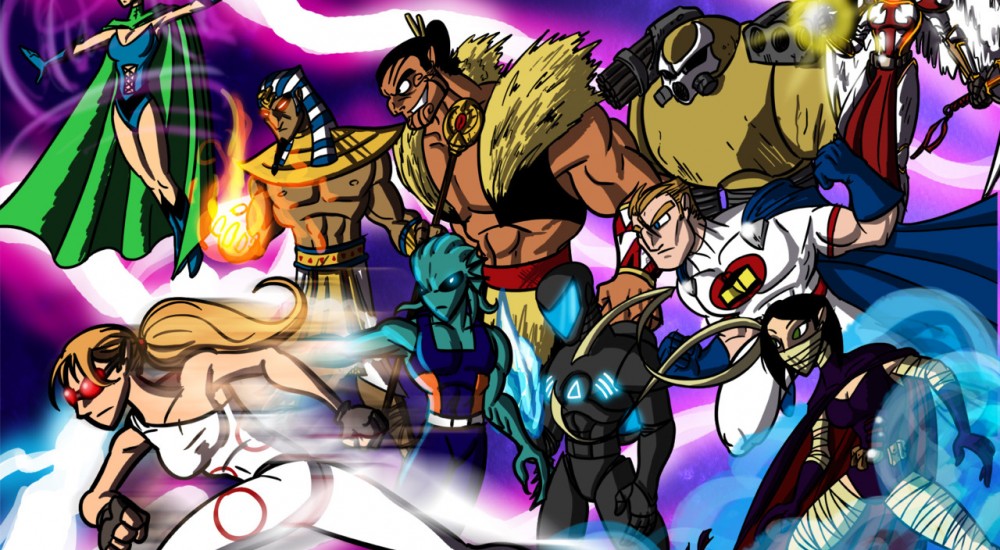 This is some news I've been waiting on for some time. At long last, the electronic version of Sentinels of the Multiverse, a cooperative card game we've covered previously in our Tabletop Co-Op feature, will be receiving online co-op support. The game had local play at launch, which was ok for the iPad/Android version but a bit weird on PC, but no options to play with friends not right next you.

The online multiplayer portion has been undergoing a closed beta test for the better part of the past month and it sounds like things are finally ready. The free update to the game will hit all platforms next Friday, October 16, just in time for the game's one-year anniversary on iOS/Android. When the update arrives, players will be able to enjoy the following new features:

The developers behind this venture, Handelabra Games, also plan to add adding asynchronous play and voice chat to the game at some point down the line.

If you haven't picked up this great co-op title yet, then there's some good news for you as well. The game will be on sale next weekend, Oct 16 - 18, on all platforms (prices are going to vary depending between PC and mobile). Additionally, Handelabra will donate $1 to Child's Play Charity for every copy of the game sold during that weekend. So, pick up a great co-op game and do some good!