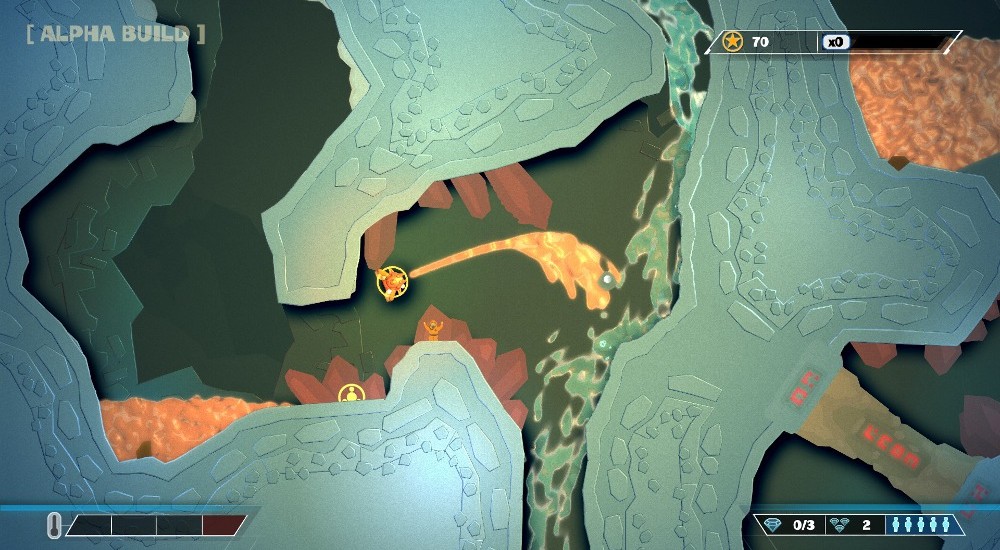 It's been a few years since the PixelJunk Shooter series has been in the headlines. A collaboration between Double Eleven and Q-Games promises to change that, however. The teams have just announced PixelJunk Shooter Ultimate, an enhanced repackaging of the first two games that's heading to PS4 and PS Vita via the PlayStation Network.

The PixelJunk Shooter games combine action, puzzle solving, dynamic fluids and lots of fun elemental effects to create an exploration game that's as much about reflexes as it is playing it smart. PixelJunk Shooter Ultimate takes the campaigns from the first and second games and mixes them into one flowing narrative.

Double Eleven has been careful in the upgrades it's made, not wanting to step on what was already a pair of nearly perfect games. Some of the improvements include new visual effects, real-time environmental lighting, Cross Play and Cross Save support, and some visual improvements to the fluids. The HUD has been tweaked to display more information while using less space, and the ships are now in 3D to provide better feedback on their movements. The whole thing runs at a smooth 60FPS on both PS4 and PS Vita, meaning it's going to be a very pretty game indeed.

Local co-op play was one of the best things about PixelJunk Shooter, and things look to be about the same for the new game on the block. Ultimate will include couch co-op for two players along with online multiplayer battles and leaderboards.