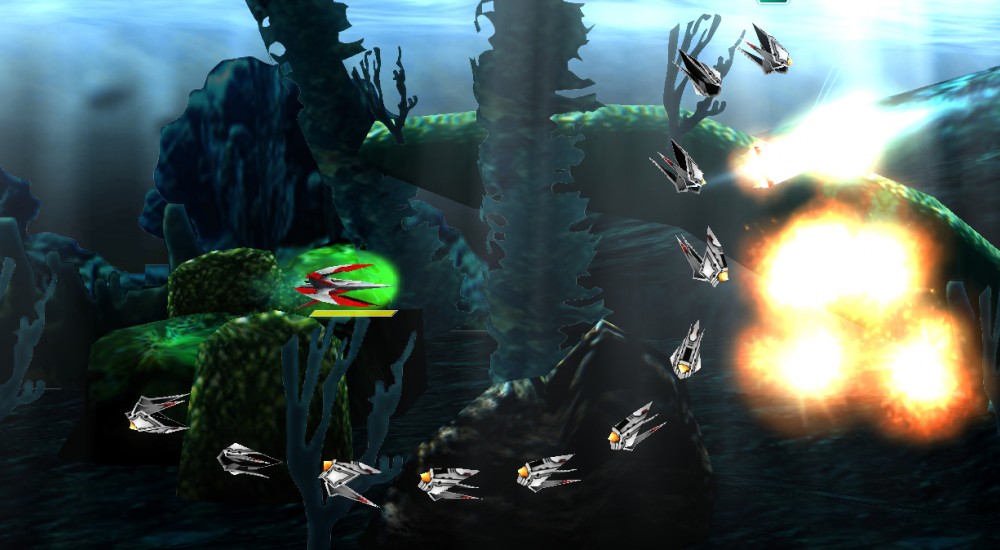 While the hey day of arcades may be gone, many of the games that spawned from those times still exist in one form or another. One of the rarest of these (in the U.S., at least) was the DARIUS series; a side-scrolling shooter with an extra wide-screen in the cabinet, a unique feature. The series lived on through several sequels over in Japan and the latest entry, DARIUSBURST Chronicle Saviours, will now see a digital release on the PS4, Vita, and PC.

The game will see a bit of a staggered release with the PS4/Vita versions arriving on November 30th and the Steam version hitting the digital shelves a few days later on December 3rd. Potential purchasers should be advised that ONLY the PlayStation 4 and PC versions of the game will support four player couch co-op; the Vita version is single-player only. The PC version will also support dual monitors so you can get the full wide-screen feel.

No price point has been announced for the title just yet.