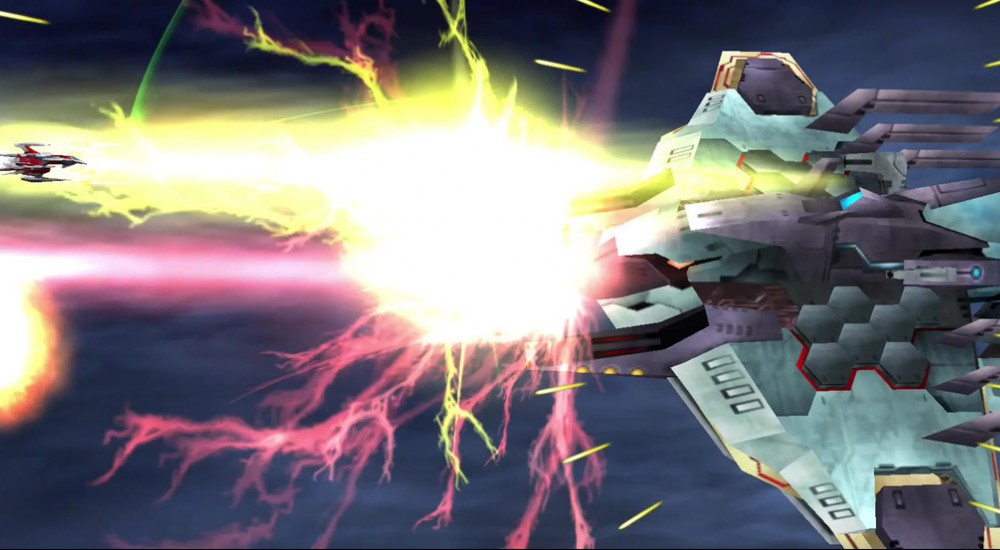 Around this time last month we heard there would be some DLC on the way for widescreen, side-scrolling, giant fish ship shooter DARIUSBURST Chronicle Saviours. The new content, which is still unnamed at this point, would include three levels and ships based around three classic Taito games: RayForce, Night Striker, and Metal Black. All of this should be making its way to PC and PlayStation 4 around March 17.

In addition to the (tentative) date being announced, publisher Degica also announced that there would be more DLC for the game coming sometime in the near future. This content would be centered around three classic Sega games this time: Space Harrier, Galaxy Force II, and Fantasy Zone. Similar to the "Taito packs," these add-ons will include three new levels and three new ships. These levels and ships will only be accessible in the CS mode of the game, however.

Each of the game packs (be they Taito or Sega) will retail for $4.99 when they get released, or you can save a few bucks and pick up all three for $11.99. No date has been announced for the Sega DLC just yet.