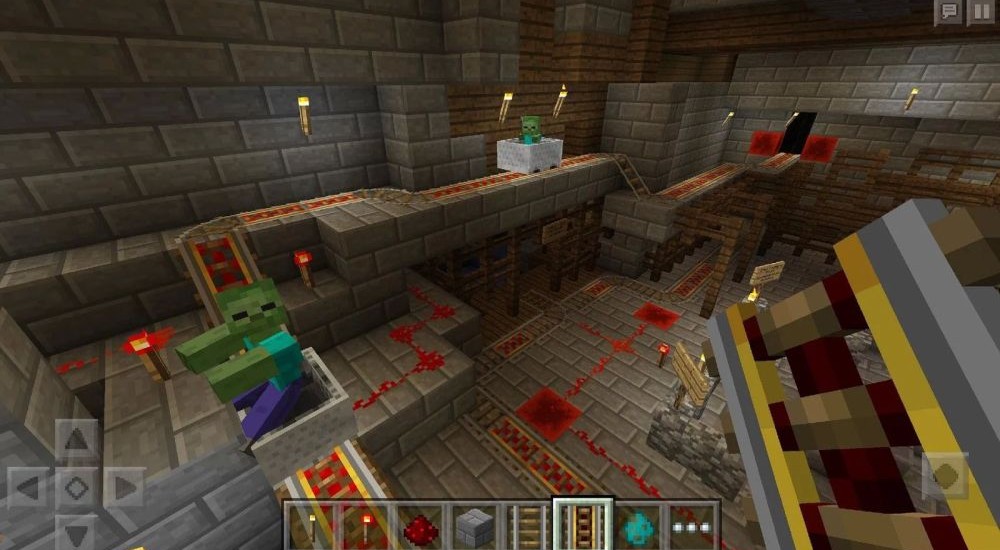 Hey there, Minecraft: Pocket Edition players! Thanks for waiting. You know how everyone on PC and consoles has been enjoying creating interactive things using redstone switches? Well, now you can, too, all from the comfort of your iOS or Android device. Let the levering begin!

Redstone circuits allow Minecrafters to build switches that power doors, turn torches on/off, and do way more complicated things if you spend months of your life planning them out. It's a small update with massive potential, as now players can start making in-game calculators and mad stuff like that. Or, if you're like me, you'll just make a zombie squishing machine. Either method's just as fun. In addition to the redstone circuits, Minecraft: Pocket Edition also gets some extras like desert temples that spawn during map creation, and... rabbits!

Co-op for the mobile port of Minecraft is limited to 10 local or online players on the same platform. But don't forget the recent update to Minecraft: Windows 10 Edition that makes it possible to link Pocket Edition with its big Windows brother for cross-platform redstone crafting!