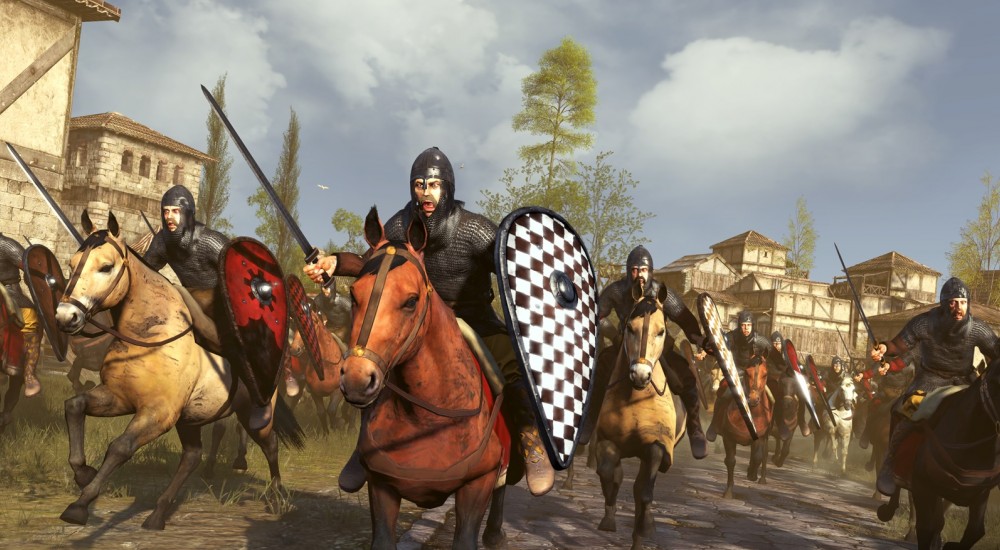 The team down at Creative Assembly must have a grim view on history. They've spent the better part of a decade and a half chronicling mankind's legacy as one giant brawling bloodbath, and probably won't stop until every notable period is steeped in gore. They couldn't handle the gap between the Roman Empire and the Middle Ages being free of strife, so they made Total War: Attila to prove that even in the 5th Century you could still hurl hundreds of dudes to their heavy cavalry-related deaths with relative ambivalence. Now they've closed that gap even further with the announcement of Attila's first expansion: The Age of Charlemagne, out December 10th.

Check out the trailer, steeped in that early medieval goodness.

An entirely new campaign map awaits those who step into the 8th Century, with 50 provinces to conquer and plenty of era-appropriate units to deploy. Defend Europe from its outside foes, and the problems that lie within.

While the last two Total War games might not have set the world alight, Medieval II: Total War is one of my favorite games of all time. A gem from 2006 that I routinely boot up and then sink hundreds of hours into, the chance to hop back into a similar time frame but now with co-op, delights me to no end. Maybe Charlemagne can right the wrongs of recent Total War games and bring us back to the glory days. Regardless, I can't wait to grab a friend and bring order to a lawless Europe once more.