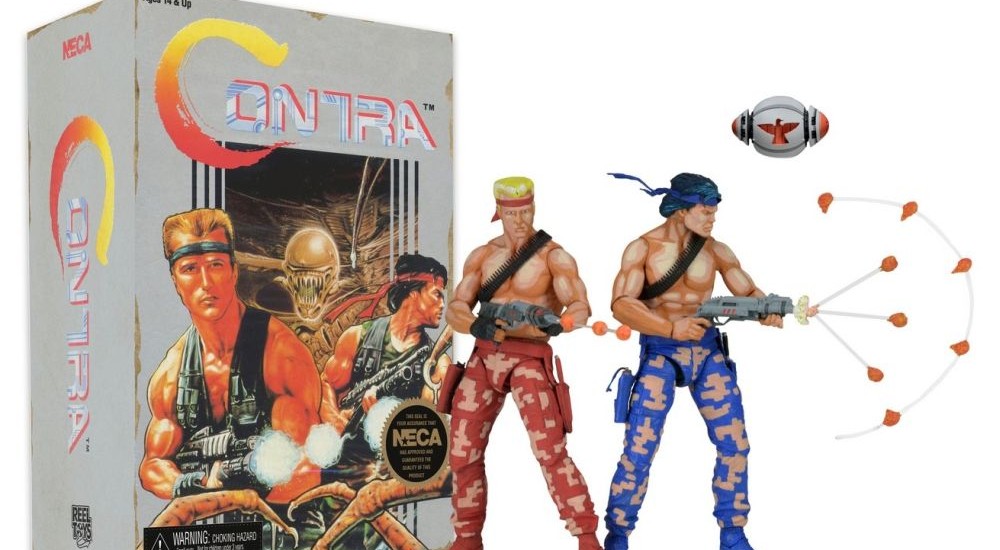 So, you know how Contra is a made-up fictional thing that only exists as a video game franchise, right? Well, no, wrong, actually. Because co-opping and shooting all the things isn't enough, the toy makers at NECA are pushing out Contra action figures for the eight year old inside us all.

The Contra figures form a two pack of Bill and Lance, each standing seven inches high and holding a standard rifle with bullet-spraying shotgun. Detachable blast effects make your pew pew sounds look a little more realistic, but the pixelated paint jobs remind you that these are just video game dudes, not your IRL friends. The packaging emulates the game cart's look and feel, and there's even a floating power-up capsule with clear stand,

Although your first reaction to the news was probably "Ha, good timing, right before the holidays!", NECA's got some bad news. The Bill and Lance action pack won't be released until late April 2016. That's... well, there's no holiday there, but honestly, who needs an excuse, right? Being an adult means you can buy whatever you want!