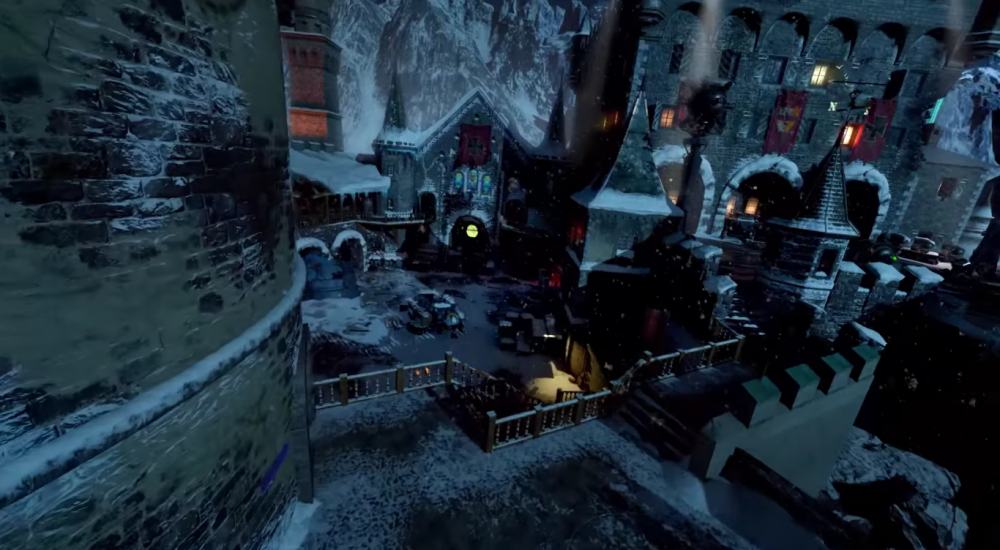 Blowing the brains out of some cybernetically-enhanced non-American in a video game might not have the same pysche-crushing effect as doing so in real life, but you don't know what's going on behind the scenes. Maybe that cluster of polygons resembling a human being had a virtual wife, and a small, pixelated child somewhere who will grow up fatherless, because some overpowered Main Character blasted everything in his path. But, hey! You know whose family won't miss them when you splatter their guts all over the pavement? Zombies.

While Call of Duty: Black Ops 3's campaign railroads you towards human-on-human genocide, the zombies mode lets you and a handful of friends bring the fight to the hideous, shambling undead. And what better location to waste enough zombies to fill out an entire Where's Waldo page of extras than a dilapidated castle? Episode 4: Der Eisendrache launches February 2nd on PlayStation 4, with with other platforms coming in hot afterwards.

Check out the trailer. The Zombies part starts at the 2:55 mark.

We've got your creepy, medieval castle busting at the seems with the rotting undead, tossing in some wacky pseudo-science, and adding a sprinkle of time travel. It's a kind of weird road to take your near-future cyber-nightmare FPS game on, but, 'eh. Why not. Strap on some assault weapons and power your Hacking Brain in preparation for February 2nd.