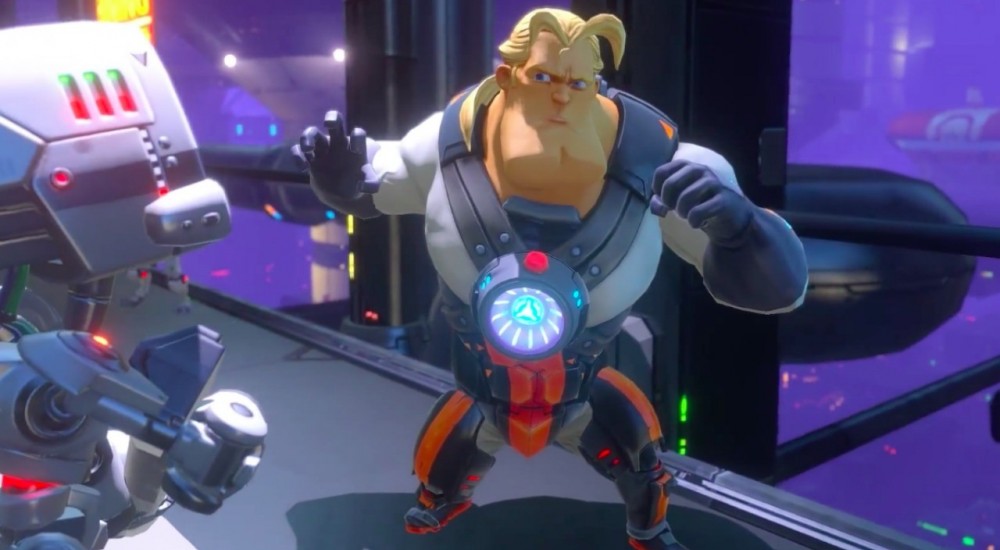 When will human beings put aside the millions of years of conflict we've inflicted upon each other and focus on the real threat: man-sized robots. They've had it too good for too long. Look at Asimo, as he tumbles down yet another flight of stairs. He's cooking up something in that insidious cyber-brain of his. Perhaps he holds a grudge against humans for building said stairs. Perhaps he just wants to eat babies. I don't know; I'm not a robot.

Luckily, Zheros envisions a world where you can finally achieve victory over the horrific robot hordes. You and a buddy will team up and punch/shoot every robot you see, in stylish beat-em-up glory. And thanks to Xbox One's Games With Gold, you and your Anti-Robot Agenda pal can take it to the streets free of charge.

Yeah, being a human is pretty rad. We don't require monthly oil changes, or to have our depleted uranium rods exchanged on a bi-yearly basis. While it might not be legal for us to brutalize denizens of the Robot Menace just yet, we can at least act out that fantasy with Zheros.

The game is only available for free January 16th through February 15th on Xbox One's Games With Gold program, so get it while you have the chance.