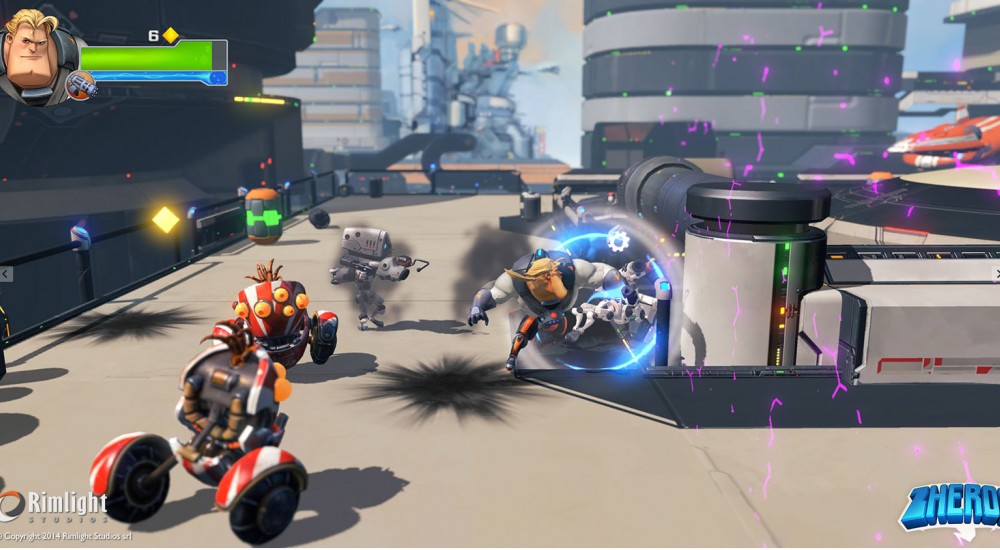 Rimlight Studios has just announced their first game Zheros for Xbox One, PS4, and PC. It's a 2-player co-op brawler where players will gun their way through robots, pilot Mechs, and generally punch things for combo multipliers.

The cartoony artstyle of the game is reminiscent of some Insomniac's games, such as Ratchet and Clank. It's unclear at this time whether the 2-player co-op is online, local, or both. As always, we hope it will be both, but we'll update the database entries when we know for sure. To see the game in action, check out the announcement trailer:

Zheros will be coming out sometime this year in 2015 on the PS4, Xbox One, and PC.