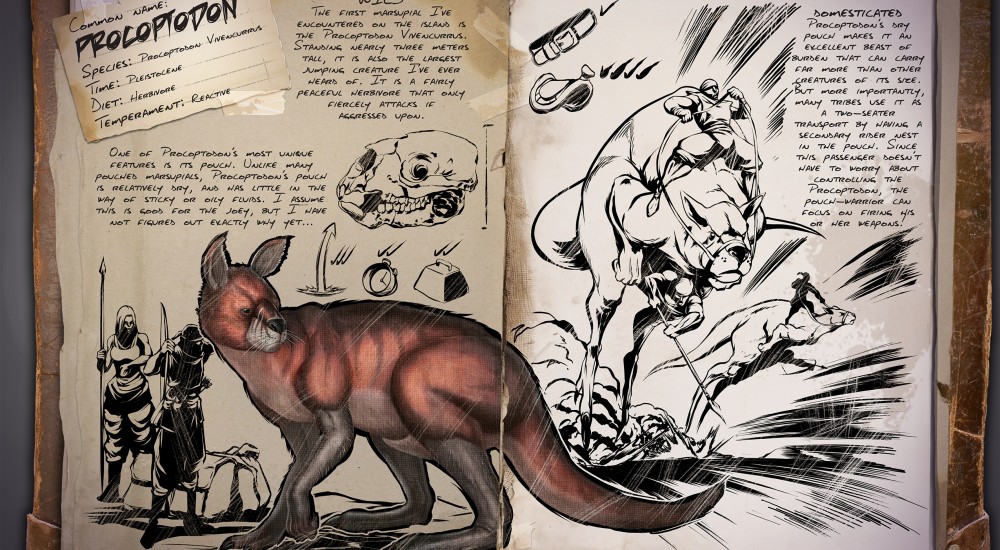 Have you ever had the urge to fight dinosaurs while nestled in the pouch of a giant kangaroo? Your wish has been granted with the newest addition to ARK:Survival Evolved, the Procoptodon. Next week, Xbox One players will have access to the new mount, allowing one rider on the back and another to take shotgun in the pouch.

The giant marsupial is three times the size of a present day kangaroo, and this size gives players obvious advantages in the game. Procoptodon can leap great distances, in addition to scaling large walls or other impediments.

ARK: Survival Evolved is still an early access title. Check it out to satisfy your survival game itch, and also...dinosaurs. Do you need more than that?