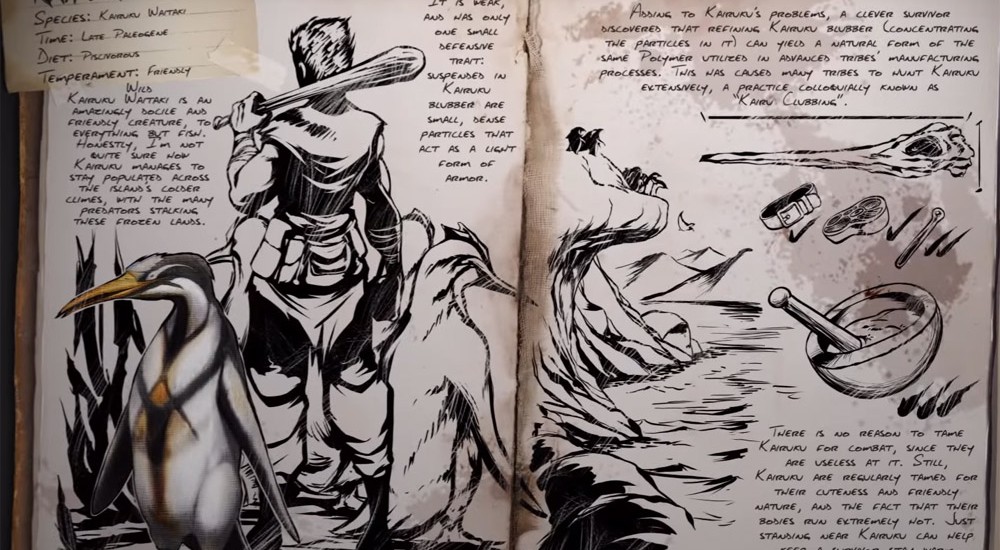 Studio Wildcard continues to add to the impressive array of creatures that can be found in ARK: Survival Evolved. This time, two new creatures have been given the added: the Kairuku and Angler.

The Kairuku Waitaki is a type of penguin. Due to their docile nature and adorable appearance, they make for some popular pets. If you're more of a pragmatist and the cute-factor simply isn't enough, they have an added benefit. They can keep survivors that are standing close to them warm, due to their very high body temperature. Their blubber can also be used for manufacturing processes. But if you do this, who's the real monster?! (On an unrelated note, the baby Kairuku are the most blubber-rich.)

The Melanocetus Angler likewise has both pet benefits and crafting uses. Tamed, it can act as an underwater fish flashlight for survivors. A survivor who harvests its luminescent nodules can use them to create long-lasting fuel and indoor lighting. You can see both of the creatures in the video below:

ARK: Survival Evolved is due out later this year on PC, Xbox One, and PS4, supporting 16-player online co-op. It's currently in early access.