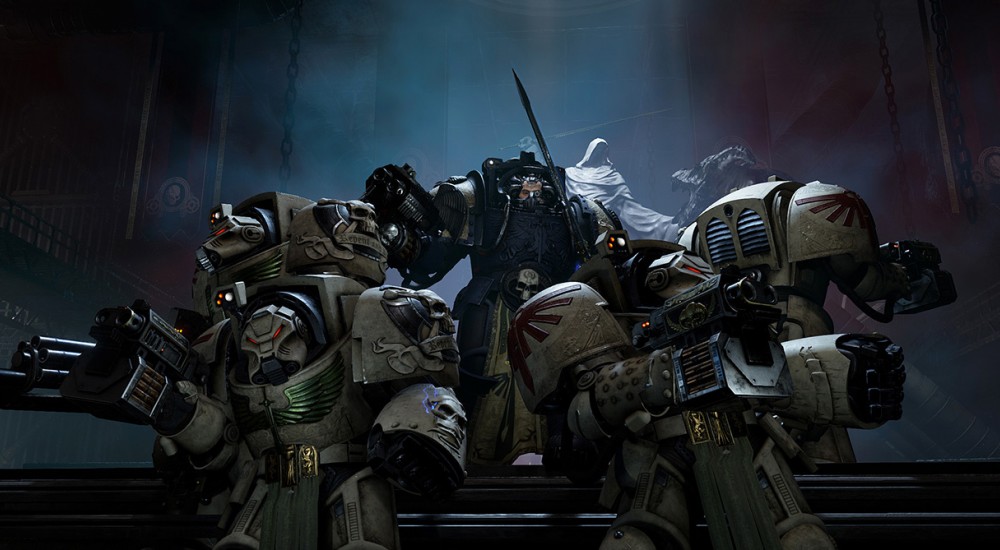 After getting plenty of teases for the past few months, developer Streum On Studio has finally released some gameplay footage for their Warhammer 40k title, Space Hulk: Deathwing. They show off a little combat, highlight some of the loadout options, and talk about some of the Tyrant foes you'll face.

One of the interesting features in the title is the Space Marines will take "localized damage." In other words, when a Genestealer starts slashing at you, your Terminator armor will register that on one of its different sections (head, arms, legs, and torso). When a particular section of armor gets too much damage, it will become less effective or outright inoperable.

I'm a big fan of the Warhammer 40k universe and if I can't get another Dawn of War title (RIP Relic), then this title is starting to look like the kind of game I'd want to play instead. Space Hulk: Deathwing will support four player online co-op through the campaign when it gets released sometime this year.