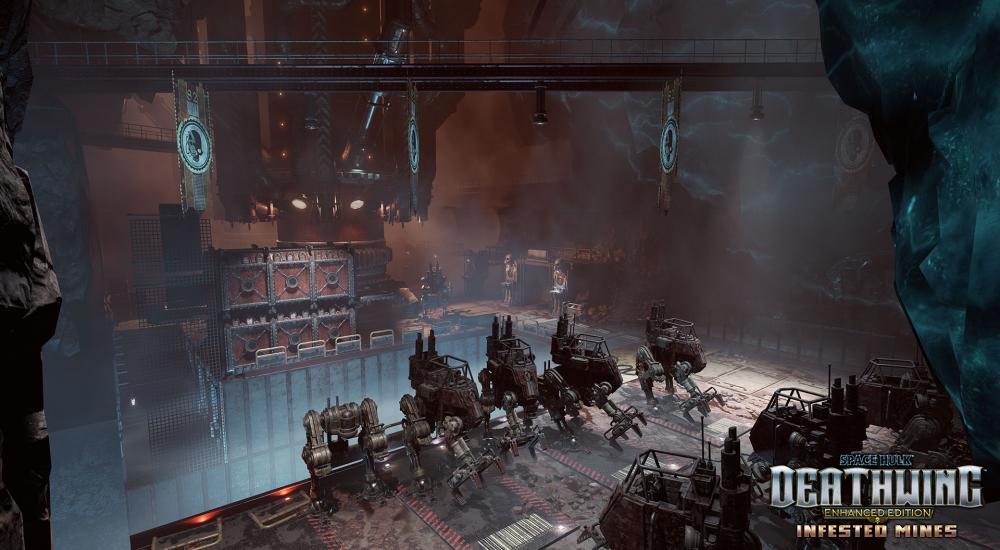 Spacehulk: DeathWing is getting some DLC today on the PC, with the PS4 version getting its DLC in the coming days. The content is in the form of a new map, Infested Mines, playable in Solo Special Missions and the game's four player online Co-op mode. The focus here is  more verticality, with twisting underground caverns and corridors which promises to "strike a balance between terrifying claustrophobia and wide-open battlefields."

I just want to know if we can get in those mechanicus and wreak some havoc.

With this update we're now at a count of eight maps available since the enhanced edition of the game released earlier this summer.  We had checked out the game back in July and came away impressed with the myriad of updates that were available.