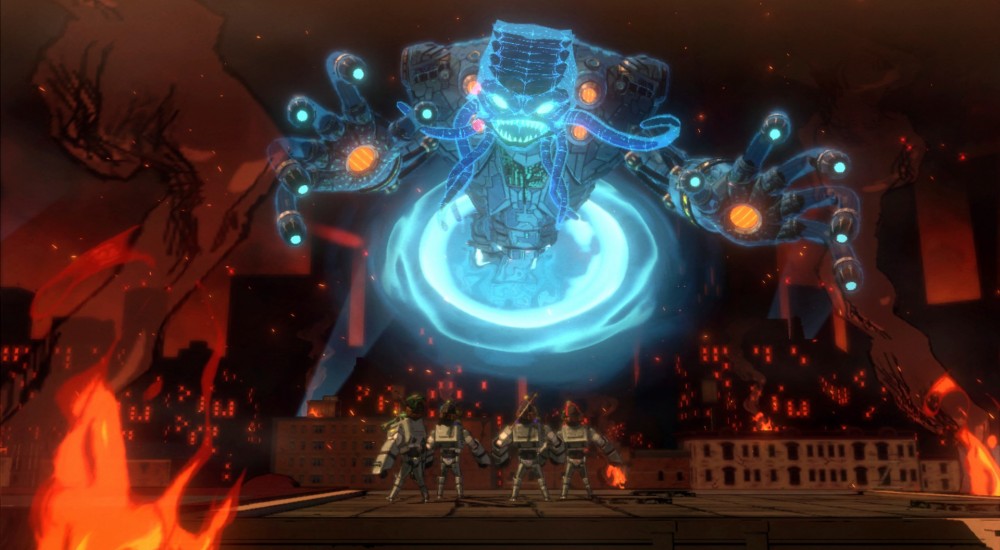 The Platinum Games developed Teenage Mutant Ninja Turtles: Mutants in Manhattan game is now available for your consumption, in case you weren't aware. Initial reviews are... err... well, not awesome? We're working on our own co-op review of the game, but in the meantime, we've got some other hot TMNT-related news.

If you're headed to San Diego Comic Con this summer and you're a Turtles fan, then you're in luck! The National Entertainment Collectibles Association (or NECA) is producing some exclusive TMNT figures for the convention that are based on the TMNT: Arcade Game released back in 1989. You'll only be able to pick these up at the convention, unfortunately. If you are headed that way, then you'll want to head over to the pre-order site to secure yours before the event.

Teenage Mutant Ninja Turtles: Mutants in Manhattan is available on PlayStation 4, Xbox One, and Steam for $49.99. It is also available on Playstation 3 and Xbox 360 for $39.99. It supports four player online co-op for the entire campaign.