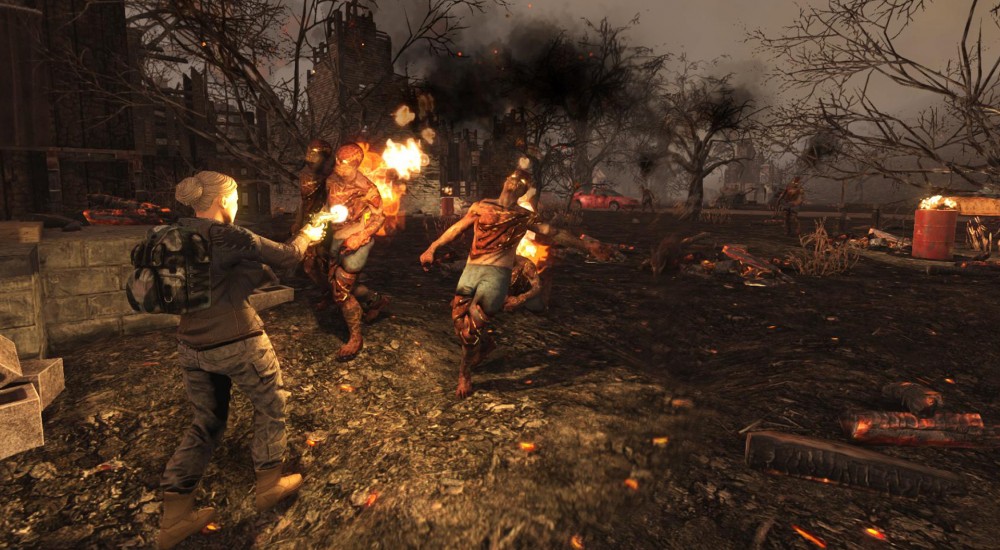 The survival/zombie shooter 7 Days to Die will be arriving on the PlayStation 4 on June 28. That's right, in about a month you and your friends will be able to team up to gather supplies, build defenses, and kill zombies. How did developer Fun Pimps manage to bring such a title over to the console? Well let's let Iron Galaxy's Dave Lang tell us all about it.

The PC version of 7 Days to Die is still in Early Access on Steam. Presumably the console release date means the PC version will see a full release on/around the same time as well. As highlighted in the video, the PlayStation 4 (and Xbox One) versions of the game will support two-player couch co-op/splitscreen play.