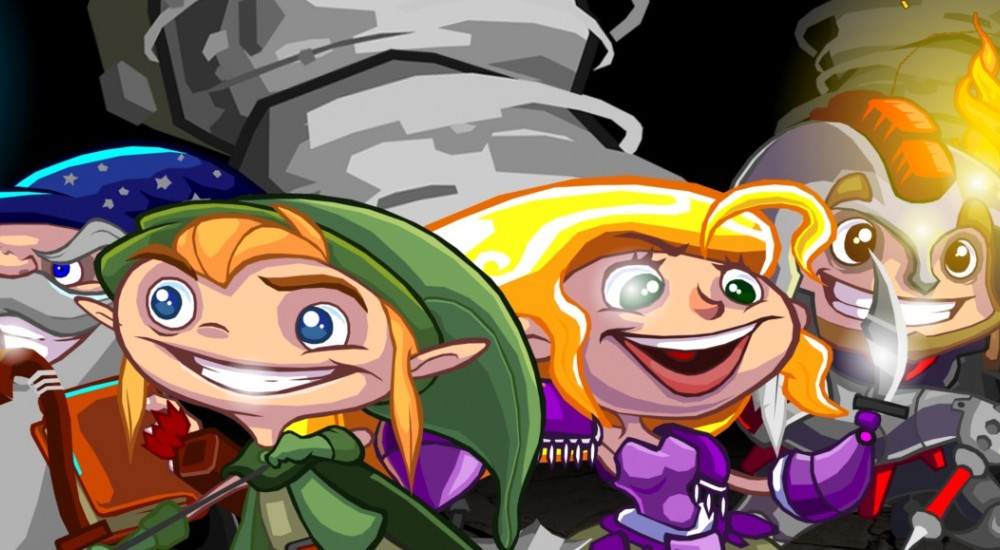 You can get your pixelated dungeon loot on once again in Heroes of Loot 2. The sequel to the Gauntlet-inspired OUYA title still has many of the same features, like quests, upgrade-able weapons, and secret areas to discover, but there are a couple new surprises as well.

The one-man team behind the game, Pascal Bestebroer, has been working hard to improve upon the original. For starters, the procedural generation that determines not only the layout for a dungeon floor also takes into consideration any quests that the players may be assigned. There's a pretty interesting blog post about it on the Orangepixel site, for those interested in seeing some of the "behind the scenes" stuff. Along with an improved level generator, the roster of characters has been increased to eight. The Wizard, Warrior, Elf, and Valkyrie can be joined by the Thief, Paladin, Mage, and Barbarian, once you unlock them that is.

Despite what the Steam page states, the game does support two player local co-op just as the first one did; Nick picked up the game and confirmed it. Heroes of Loot 2 is available via Steam for $9.99, but there's also a sale on both games on the itch.io site. You can pick them up for just $8.99 until 6:00 PM Eastern tonight.